One year ago, few Americans outside of higher education had heard of Critical Race Theory, which contends the concept of race is not biological but rather a culturally invented category designed by white people to oppress people of color.

Now, having leaked from its academic lab, CRT is spreading exponentially to school boards, corporate offices, the military and governmental agencies. And many parents, students, employees and citizens are courageously pushing back, sensing something is deeply wrong without necessarily having a full understanding of what they are fighting.

But it's urgent that the citizens of this nation realize that CRT is not merely "erroneous teaching" and that the "leak" was no accident, warns Os Guinness, an Oxford-educated scholar with a unusual cultural and political vantage point. 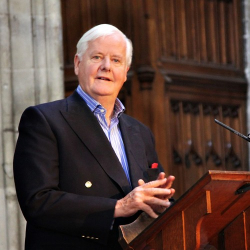 Born to Christian medical missionaries in China where he was a witness of Mao's communist revolution, Guinness contends that CRT is part of an intentional, systematic, revolutionary movement in America stretching back to the 1930s that intends to replace this unique experiment in ordered liberty with a system responsible for the deaths of more than 100 million people in the 20th century.

The so-called "cancel culture" and Critical Race Theory are "the fruit" of what has been described as the "long march through the institutions" and "the triumph of cultural Marxism, or neo-Marxism," Guinness said in an interview with Eric Metaxas.

"People need to understand it," he said. "Because while people are facing this, that and the other in schools, no national leader has set out to explain how this has happened and what it means."

Noting he grew up in China and regularly visited Christians in the Soviet Union and Eastern Europe in the communist era, he said he has "zero naiveté about Marxism."

Guinness noted that the term "long march through the institutions" was coined by communist student activist Rudi Dutschke in the 1960s. It was popularized by German-American Marxist scholar Herbert Marcuse of the so-called Frankfurt school of critical theory in his 1972 book "Counterrevolution and Revolt." Dutschke credited the concept to Italian communist Antonio Gramsci, who wrote in the 1920s that in "the new order, socialism will triumph by first capturing the culture via infiltration of schools, universities, churches, and the media by transforming the consciousness of society." 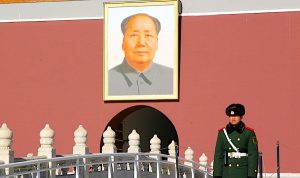 The term "long march," Guinness noted, played off of Mao's long march in China in the 1930s. Born in Hsiang Cheng, China, in 1941, Guinness and his family were forced to flee Mao's communist revolution after World War II.

But the ideas, which have put the American republic on the brink of demise, Guinness warned, go back farther than that, when revolutionaries turned the Palais Royal in Paris into the Palais Égalité, the Palace of Equality.

The sexual revolution and cultural Marxism, Guinness told Metaxas, are "the heirs of the French Revolution."

"The tragedy is today we're switching from the American Revolution to the heirs of the French Revolution, and that switch is disastrous," he said.

Guinness contrasts the anti-religious French Revolution that spawned 19th century nationalism and 20th century Marxist revolution with ancient Israel's covenantal government in his latest book, "The Magna Carta of Humanity: Sinai's Revolutionary Faith and the Future of Freedom." He argues that the American Revolution, while influenced by a variety of ideas, is based largely on the "Hebrew republic" and the principle that "freedom" is not about doing anything you want. It's the freedom to do what you ought to do.

The way of power vs. the way of the cross

Guinness, a British citizen who has lived in the United States since 1968, said that many evangelical leaders are "incredibly naive" about what is happening today because they don't see the big picture.

He recalled the many Zoom calls with evangelical pastors in which he has participated amid the cultural upheaval following the death of George Floyd.

Many of these pastors speak of "social justice," Guinness said, without understanding they have "drunk the kool aid" of cultural Marxism.

"Yes, followers of Jesus and Jews and all who love the prophets and so on – we are outraged by injustice," he said. "We agree that there is injustice, sin, evil, wrong, flagrant injustice."

But there are "vast differences in how you address it."

The way of the cultural Marxist, the radical left, he explained, "is only power, and it make the problem worse, not better."

"The Jewish and Christian way – repentance,  confession, forgiveness, reconciliation – is a way where you have the enemies becoming friends, and genuine restoration and removal of the evils," he said.

"So those who are naive about this are incredibly stupid and short-sighted, and unfaithful."

Scholar and activist Christopher Rufo, who produced a report on Critical Race Theory that led to President Trump's executive order banning CRT-based training programs in the federal government, spelled out in an address at Hillsdale College the theory's Marxist underpinnings, arguing it  "prescribes a revolutionary program that would overturn the principles of the Declaration and destroy the remaining structure of the Constitution."

'A lack of courage'

Metaxas opined that many evangelicals today are simply "going with the flow," apparently deciding it's better to support culturally Marxist organizations such as Black Lives Matter than to vote for Donald Trump and have people "wrinkle their noses" at them.

"That's a lack of understanding," Metaxas said, "but principally, to me, it's a lack of courage, because it does take some courage to say ... I don't care what people think, this is not right.

"That to me is what's lacking in a lot of leading pastors," he said.

"I couldn't agree with you more," he said. "And, of course, when I say 'stupid" I mean 'folly,' which is very close to danger."

He said the proponents of critical theory criticize everyone but themselves.

Guinness said he was talking to a friend in England that morning who had written "cautions" about Black Lives Matter, which was formed by self-described Marxist activists, and "wokeness."

"I said: 'Cautions? No. You need to look at what it really is in the white of the eye and name it for what it is. It is evil.'"

Metaxas observed that many on the political right insist that "not everything is at stake" and America is merely experiencing "a swing of the pendulum."

"This is not a swing, this is not a cycle," Guinness said. "This is something very close to the end."

The nation will go on as some form of democracy, he clarified, but "the American republic, this great experiment in ordered freedom, is on its last legs."