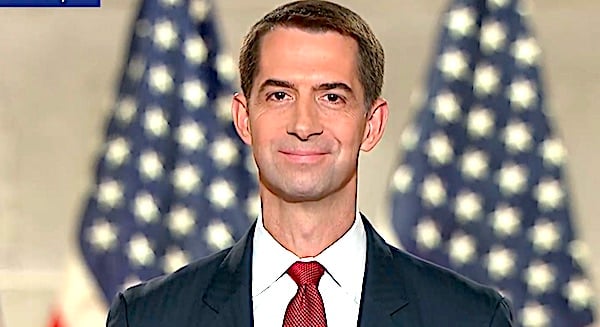 Joe Biden practically skipped onstage, then grabbed the hand of Chris Cuomo and pulled the CNN host in so close their faces almost touched. It was Ash Wednesday, the holy day that marks the beginning of the Lenten calendar and reminds Christian believers they come from dust and to dust they will return. Neither wore a mask.

Coronavirus was still novel back then, and little was known about the strange respiratory virus except that the Chinese government was both terrified of it and more secretive than usual. COVID-19 was becoming a political issue at the exact moment Biden was betting his political life on the South Carolina primary.

When eventually asked about the virus during the televised town hall, Biden said then-President Trump should “get on the same page as the scientists.” And he predictably condemned Republican for cutting funding to the National Institutes for Health. But before Cuomo moved on to an audience question about gun control, Biden said something that was little noted at the time.

“The last point I'd make,” he said, apologizing for letting his answers run long, “were I president now, I would not be taking China's word for it.” Instead, he “would insist that China allow our scientists in to make a hard determination of how it started, where it's from, how far along it is.”

The first coronavirus death in the United States was recorded three days later. More than a year after that, Biden is president and half the country is fully vaccinated. But his skepticism of China, his administration insists, has not changed. The White House even says it’s open to the hypothesis that the pandemic began with a science experiment gone wrong.

“The World Health Organization would be the body that would be overseeing a transparent, independent phase two investigation,” White House press secretary Jen Psaki said when asked about calls to investigate the origins of the virus amid renewed scrutiny of the Wuhan Institute of Virology.

“That’s something we have strongly supported,” Psaki continued, adding that an investigation would require the cooperation of the Chinese government, “but it would be led by an international body.”

“The Biden administration should demand answers from China instead of ceding that responsibility to an international organization that’s been covering for China from the start,” Arkansas’ Tom Cotton said, arguing that the WHO, “under the watchful eye of the Chinese Communist Party,” dismissed the lab-leak hypothesis in February. “It cannot,” he concluded, “be trusted.”

Cotton was one of the first to suggest that the coronavirus was connected to research gone wrong at the Wuhan National Biosafety Laboratory. He made that claim before the first U.S. fatality, and he was roundly dismissed by many in the media for spreading a “conspiracy theory.” But new reporting in the Wall Street Journal reveals that U.S. intelligence agencies are examining reports that researchers from that virology lab were seriously ill a month before the first case of COVID-19 was reported.

This is at odds with an earlier 313-page report by the WHO in February. Researchers left Wuhan concluding that it was “extremely unlikely” that the virus emerged from the lab, adding that the matter did not merit “further studies.” Only four pages of that report, critics note, addressed that origin possibility.

According to Sen. Marco Rubio, that was just more evidence that “the WHO has lost its credibility and should not lead any investigation into the origins of COVID-19.”

The China hawk told RCP that “the Chinese Communist Party continues to obstruct a serious, forensic investigation into the origins of COVID-19 without penalty or consequence” and he argued that, “rather than passing responsibility to a failed international organization, the U.S. needs to lead the charge demanding Beijing open its books, grant access to personnel, facilities, and more.”

“We need to know what happened to prevent the next pandemic,” Rubio concluded. “This should not be seen as political.”

Even though Tedros Adhanom Ghebreyesus, the director-general of WHO, admits that the organization’s initial investigation was not “extensive enough,” Republicans say the group has blown its credibility. They point to the early days of the pandemic when WHO was quick to praise China or frame its handling of the crisis in favorable terms.

They note how the organization downplayed the spread of the virus during the early days, declined to call the situation an emergency even after the disease found its way out of China and into neighboring Japan, and went out of its way to condemn international travel restrictions on those leaving the country.

“Because of this strategy and [if] it weren’t for China, the number of cases outside China would have been very much higher,” Tedros said in February 2020. An investigation by RealClearPolitics later found that Tedros, who previously served as Ethiopia’s foreign minister, courted $13.6 billion in Chinese investment in that African nation.

When asked about Tedros and the credibility of the organization he leads, Dr. Anthony Fauci told RCP in March 2020 that “obviously over the years, anyone who says that the WHO has not had problems has not been watching the WHO. But I think that under his leadership, they’ve done very well. He has been all over this.” The Trump White House announced that the U.S. would leave the WHO in May of that year, citing the organization’s ties to China.

Biden rejoined it in his first hour in office, and his national security adviser, Jake Sullivan, later praised its mission in a lengthy February statement as having “never been more important.” However, the White House has not shied away from publicly calling for the WHO to do better. “Re-engaging the WHO,” Sullivan warned, “also means holding it to the highest standards.”

"We have deep concerns about the way in which the early findings of the COVID-19 investigation were communicated and questions about the process used to reach them," Sullivan said. "It is imperative that this report be independent, with expert findings free from intervention or alteration by the Chinese government."

The organization is too far gone to expect any kind of objective analysis, argued Sen. Ted Cruz. Given its history of helping “China cover up the origins and extent of COVID-19,” the Texas Republican considers the WHO “a wholly owned subsidiary of the CCP.” He told RCP that “trusting them with this investigation would be laughable if it weren’t so obscene and reckless.”

Sen. Marsha Blackburn is of the same opinion. The Tennessee Republican, who sent the White House a letter this week pressing the administration to address “lingering concerns about the validity of the WHO’s investigation into the origin of the COVID-19 pandemic,” told RCP that an investigation is needed, just not one “conducted by the Beijing-controlled World Health Organization.”

The debate over the WHO comes as Washington witnesses rare bipartisanship over the threat presented by China. Led by Majority Leader Chuck Schumer, the Senate voted Monday to advance a slate of reforms dubbed the Endless Frontier Act and aimed at countering Chinese economic and geopolitical ambitions. Biden, meanwhile, has consistently warned about the threat of the communist nation.

“I predict to you,” the president told reporters during his first press conference, “that your children or grandchildren are going to be doing their doctoral thesis on the issue of who succeeded: autocracy or democracy.” And since then, Biden has made that competition between the United States and China a hallmark of his domestic agenda. Congress must pass his infrastructure package, he has repeatedly warned, because China is “eating our lunch.”

The increased scrutiny of the communist nation is a welcome development among Republicans, but entrusting the WHO to oversee a second investigation into how the pandemic began remains too much.

“The Chinese Communist Party lied to the world about COVID-19 and, with the help of the WHO, allowed it to spread into a global pandemic,” Missouri Sen. Josh Hawley told RCP. “If the Biden administration is serious,” he said of the intelligence reports the WSJ first exposed, “it should declassify what it knows about the Wuhan lab and Beijing’s attempts to cover up the origin of the pandemic.”