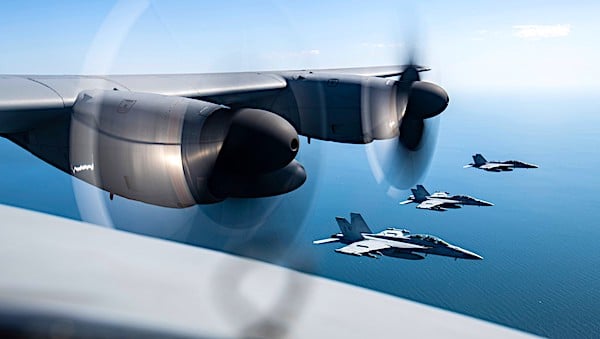 U.S. military forces in Iraq recently were targeted for the first time with Iranian drones.

"It was just the latest in a series of attacks carried out against American troops in the country, many of which have involved volleys of small rockets, the Middle East Forum said. "And it highlighted the growing threat of Iranian drone attacks in the Middle East."

Gen. Kenneth McKenzie, who heads U.S. Central Command, told the House Armed Services Committee recently that "for the first time since the Korean War, we are operating without complete air superiority."

Central Command has been arguing that better air options are needed to predict and defend against such drone swarms.

MEF said: "Iran is rapidly becoming a drone power in the Middle East. Tehran has transferred drones to Yemen for many years, increasing their range and effectiveness in the war that Iranian-backed Houthi rebels are waging against Saudi Arabia. Iran also used a drone against Israel in 2018 and has used them to harass U.S. ships in the Persian Gulf and even photograph an American aircraft carrier. The bad news is that Iran's drones are getting more deadly, and their range is increasing: Some of them carry warheads, and Iran says they can travel up to 2,000 kilometers."

The threat against "the wealthiest, most powerful military in the world" came about because China, Iran, Russia and others have been engaged in crash programs to develop military drones.

"Some of these are called 'kamikaze drones' because they are designed with a warhead built into them and they fly into their targets," the report said.

"Iran used such drones against Saudi Arabia in 2019, targeting the world's largest facility for crude-oil production and stabilization. They are pre-programmed and fly to a target. They can evade radar and air defenses if their programmers can get them to fly low enough or find a way to hide them," MEF said.

The solution is an integrated system to defend against drones, and work already is underway.

But the U.S. needs more "agility" to launch defensive systems they are needed on short notice, especially because Iran could be trafficking drone systems to terror groups.

"In the larger picture, this isn't just about the threat posed by Iran's drones in the Middle East. Our other adversaries aren't blind. They can see the pressure Iran has been able to put on us and our allies by investing in drones, and they're already following suit," the report said.