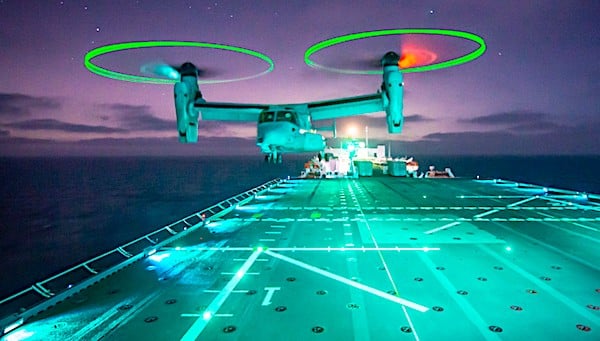 Of all the institutions of the federal government that leftwing elites have infiltrated and corrupted – from public education to the judiciary to, most recently, the Justice Department, FBI and intelligence agencies – one all-important organization has remained relatively unscathed: The United States military. But that is in danger of radically changing under the Biden administration.

For “diversity”-obsessed Team Biden, even the armed forces, which heroically protect and defend this nation and her vital interests in a dangerous and unpredictable world, are not to be spared the ascendent left’s maniacal insistence on “fundamentally transforming” America and her key institutions.

In just the brief period since Biden’s January inauguration, his administration’s radical expansion of perverse Obama-era initiatives is resulting in what amounts to an assault on the American military’s readiness to fight wars and defeat enemies. All in the name of social justice, equity, anti-racism, radical diversity, inclusion, transgender rights, and of course, rooting out legions of “racists” and “white supremacists” that supposedly inhabit the armed forces of the United States.

Consider some of the bizarre and transformative policies the Biden administration has already set in motion:

* Transgendered people appear to constitute the one group Biden is most committed to recruiting into the armed forces, despite the fact that their condition, Gender Identity Disorder, was universally regarded and diagnosed as a mental illness from the dawn of psychiatry until 2013, when the powerful LGBT lobby pressured the American Psychiatric Association to “de-pathologize” it. In his Jan. 25 executive order, Biden mandates not only “permitting transgender individuals to serve openly in the military,” thereby overturning Trump’s 2017 ban, but also requiring the military to pay the entire cost of transgender soldiers’ “surgical transition,” which normally ranges from $100,000 to $200,000. This has led some – including Lt. Gen. Thomas Spoehr, who commanded Army forces in Iraq – to voice concern that transgenders might now join the military for the express purpose of obtaining taxpayer-funded “gender reassignment surgery.”

* In March, Team Biden hired Richard Torres-Estrada to head the U.S. Special Operations Command’s “office of diversity and inclusion.” SOCOM oversees the Army Rangers, Navy SEALs and all other Special Operations components of the Army, Navy, Air Force and Marine Corps that lead America’s counterterrorism and unconventional warfare operations. What exactly qualified Torres-Estrada – whose most recent job was as an equal employment opportunity officer for the Washington Metro Area Transit Authority – to occupy an important position over America’s most elite fighting forces?

In response to widespread outrage that someone with the views of Torres-Estrada was being put in charge of hiring Navy SEALs – indeed, that an “office of diversity and inclusion” was even created in the first place for America’s Special Ops forces – Torres-Estrada was “reassigned” to other duties while his background and qualifications are investigated.

* After Biden's new Secretary of Defense Lloyd Austin insisted during his confirmation hearing that the United States military must rid itself of "racists and extremists" in its ranks, the nation’s first black Defense secretary ordered an unprecedented "60-day service-wide stand down" – a pause in military activity in all services – to root out "white supremacism" and “extremism.” The Pentagon has released no data to support Austin’s contention that the military is overrun with racists and white supremacists.

* Instead of deploying troops to America’s southern border, as Trump did, to prevent an all-out invasion of the nation – albeit one encouraged and invited by the Biden administration – the Democrats who run the federal government have instead deployed thousands of armed National Guard troops to Washington, D.C., to protect members of Congress from imaginary threats from supposed legions of pro-Trump “violent extremists” and “insurrectionists.”

What are we to make of this?

Americans have become accustomed to seeing many of their most vital institutions subverted by leftwing political, cultural and sexual revolutionaries. But there is something uniquely repugnant about these and other assaults on America’s armed forces from the Biden administration.

The lack of genuine respect for the military, its members and its mission is palpable. Right now, Biden says he’s considering forcing all members of America’s armed forces to take the COVID vaccine, despite the fact that these vaccines are still experimental and not FDA-approved, and that the vast majority of service members are young, healthy and face minimal risk from COVID. Indeed, the COVID-19 vaccine is not popular in the U.S. military, with Military.com reporting that nearly 40% of the 123,000 Marines who have had the chance to receive the COVID-19 vaccine have turned it down.

Bottom line: The military is unlike any other institution of government in that it involves the transcendent dimension of its participants’ willingness to make the ultimate sacrifice. Indeed, the courage, the discipline, the dangers of wartime, the implicit demand that one be willing to lay down one’s life, as well as the concurrent sacrifices required of families separated for months or years from deployed loved ones, set the military apart from other forms of government service. Likewise, on the macro level, there is the absolute necessity of building and maintaining the best-trained, best-equipped and most motivated military on the planet to deal with the many powerful and malevolent forces in today's troubled world.

All this makes the Biden administration’s ideologically driven policies undermining the readiness, cohesion and morale of America’s armed forces uniquely abhorrent and dangerous.

Editor's note: The preceding is excerpted from the April issue of WND’s acclaimed monthly Whistleblower magazine. If you would like to explore this subject more deeply, read “BIDEN’S WAR ON THE MILITARY.” The issue is also available in state-of-the-art digital form. Better yet, SUBSCRIBE TO WHISTLEBLOWER (print edition) and get 12 fantastic issues or else get an ANNUAL DIGITAL SUBSCRIPTION.