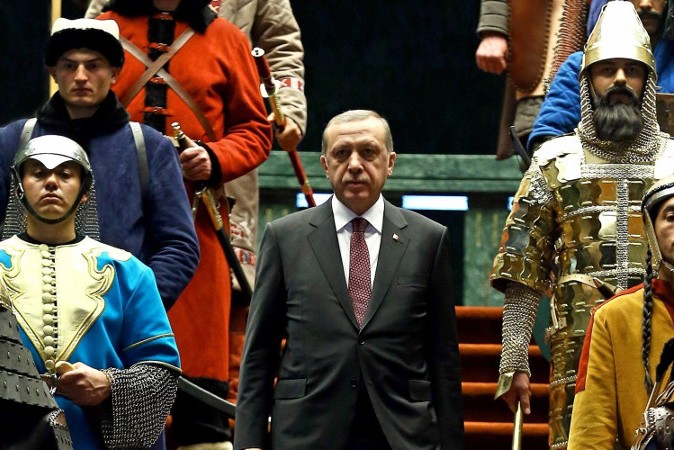 American acknowledgment of the Armenian Genocide isn't even new. The U.S. House has passed several resolutions on the Genocide. And a nearly unanimous Congress did so in 2019.

Presidents going back to Woodrow Wilson have described the Armenian ordeals with language such as: an effort to exterminate all Armenians; terrible massacres; mass killings; death marches; and an ancient [Armenian] homeland was erased. If these don't describe genocide, the word is meaningless.

In 1951, the State Department cited the Armenian "massacres [as a] crime of genocide" in a filing at the International Court of Justice. In 1981, President Reagan included "the genocide of Armenians" in a Holocaust proclamation.

Genocide acknowledgments should not – like car insurance – lapse if not renewed annually. Will the Holocaust become a non-genocide next year if the White House happens to overlook it?

Still, the president's statement is noteworthy. It could even reinvigorate several Armenian American lawsuits against Turkey. But the statement has problems.

It tries to take the heat off today's Republic of Turkey by blaming only "Ottoman-era … authorities" for the Genocide.

After the Allies defeated Ottoman Turkey in World War I (1918), Ottoman Gen. Mustafa Kemal's (Ataturk) forces continued to massacre Armenians, Assyrians and Greeks. Kemal also ordered that Armenia be "politically and physically eliminated." When he established the Turkish Republic in 1923, Kemal appointed Ottoman genocidists and continued to persecute Christians.

Thus, as Turkish President Erdogan himself has confirmed, his country is a "continuation" of Ottoman Turkey. Knowing this, the Turkish Republic has always tried to evade accountability for the Genocide.

Disgracefully, though, Biden tries to assist Turkey in that regard by writing, "We do this not to cast blame [on Turkey]." The president has no right to hand Turkey a "Get Out of Jail Free card."

Just two days later, U.S. ambassador to Armenia Lynne Tracy tried to help Turkey duck accountability. "The Armenian Genocide took place in 1915, the [U.N.] Genocide Convention did not come into force until 1951. … from the legal perspective the Convention is not being applied retroactively."

Tracy's reasoning – disputed by experts – suggests that Jews should have received no restitution or reparations because the Holocaust (1933–1945) also occurred before 1951.

Turkey's genocidal threats against Armenians continue to this day, something the president's declaration ignores.

In 1993, Turkey was going to invade Armenia were the coup against Russian President Boris Yeltsin to succeed.

President Erdogan has branded Armenians, Assyrians and Greeks "leftovers of the sword." It's an obvious, existential threat against Christian populations who survived Turkey's 20th century genocides.

Erdogan gleefully likened these attacks to Ottoman Turkey's genocidal invasion (1918) of Armenia. "Today, may the souls of [General] Nuri Pasha, [Minister of War] Enver Pasha, and the brave soldiers of the Caucasus Islam Army, be happy."

An analogy would be Germany's denying the Holocaust, threatening Israel, arming its foes, calling Jews "leftovers of the concentration camps" and glorifying Nazi Germany.

Turkey and Azerbaijan's military assaults and threats are all reminiscent of the Genocide.

Biden's vow that America must "ensure that what happened [the Armenian Genocide] is never repeated," therefore, rings hollow.

Moreover, Section 907 of the Freedom Support Act conditionally prohibits U.S. aid to Azerbaijan if the latter supports terrorism or engages in aggression against Artsakh/Nagorno-Karabagh/Armenia.

However, the White House just waived Section 907 despite Azerbaijan's flagrant use of ISIS and other terrorists against Armenians.

Let's not be deceived by the president's April 24 statement and the State Department's unprincipled actions.

David Boyajian writes about Caucasus issues. His work can be found at http://www.armeniapedia.org/wiki/David_Boyajian.