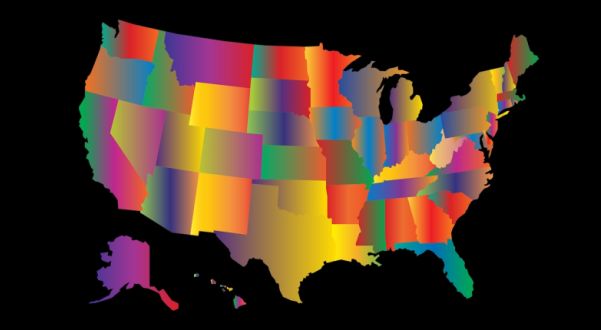 A leftist magazine funded by groups with money ties to leftist George Soros says it has developed a strategy to finally finish off the "whiteness" in Congress: create five new states.

The National Pulse explains the report comes from OpenDemocracy, which is demanding statehood for not only Washington, D.C., but also Puerto Rico, Guam and the Northern Mariana Islands, the U.S. Virgin Islands and American Samoa.

The Pulse explained Open Democracy is funded by groups tied to Soros, the billionaire who advocates for and funds all manners of socialist agendas.

The article is from Karl Widerquist, who teaches in Qatar, and he claims the statehood movement would be one of the most "transformative" things Democrats can do with their extremely thin majority in Congress, which they could lose in as little as 18 months or so.

"These territories have so far been prevented from becoming states as part of a larger, long-standing project to keep the Senate and Electoral College White," the article charges.

And it claims their "ethnic makeup" is the reason they are not already states.

"And by refusing to grant them statehood, the White majority is effectively choosing to guard and maintain its outsized influence in the federal government," he charges.

The Pulse noted OpenDemocrace has gotten multiple subsidies from Soros' Open Society Foundations, including a grant from the left-wing group's policy center worth $55,000 to $83,000 and a grant worth over $138,000 from the foundation in 2020 alone.

Widerquist's writing admits the Democrats in Congress would have to kill "or reduce the power of" the filibuster to accomplish the expansion in states.

But he suggests it's time since all five have "larger populations than Nevada did when it was admitted with around 40,000 people" in the 1800s.

He said the idea of a territory was that the label was applied to settled areas until the population increased, but they should have become states.

"Not allowing this change to occur is an exercise in oppression," he charged.

He explains that the nation simply is racist.

"A long history of White identity politics, underhanded political maneuvers, and outright violence intentionally created the situation in which non-Hispanic, White Americans – who make up 61.5% of the U.S. population – are the majority in every state but Hawaii (which has an Asian American plurality of 37.3%). Americans of Native, Black, or Latin heritage together make up 31.1% of the U.S population, but they do not make up a majority in any state – neither alone nor in combination," he said.

That, he claims, was intentional. He said it was after the Civil War that several states were majority black, but "White gangs violently took over the state governments."

"These decisions were made long ago, but they continue to have the intended effect of giving Whites outside (sic) influence over Congress and the electoral college," he said.

He claims there is no constitutional hurdle to the actions, but there are others who argue that since, addressing the District of Columbia, its government was set up by a constitutional amendment, to change it would require the same.

Democrats have been aggressively pursuing the plan because they view it as a way to gain a permanent majority in the U.S. Senate, and possibly additional influence in the House, as well as certainly in the Electoral College.

Members of the GOP have pointed out that a constitutional amendment is needed for at least the Washington change.