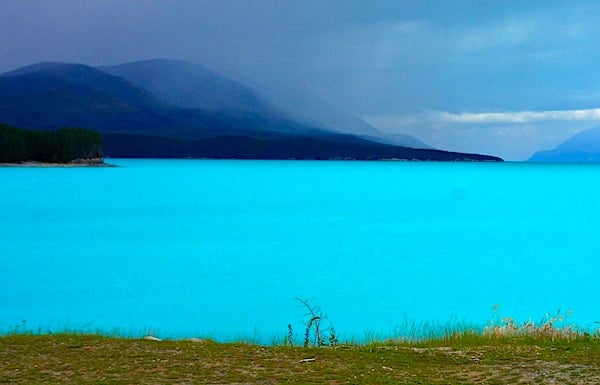 The 17-year-old, referred to only as "JB" in court documents, is an Indian citizen who arrived in New Zealand with her family in 2016. But while her parents and sister were granted residency in 2017 and then permanent residency in 2019, JB was denied, as she was labeled "not of an acceptable standard of health."

When JB applied for residency and was denied, her family appealed the decision with the Immigration and Protection Tribunal. But the appeal was denied also, according to court documents released by the tribunal. JB is currently forced to live in India with her father and her grandparents, separated from part of her family.

Her parents told the tribunal that JB is "not on any medication, was leading an active life, and would not be a burden on New Zealand’s health services." They also assured them that she would not need to be enrolled in the Ongoing Resourcing Scheme (ORS), a support program for students with special needs, even though she qualifies for it. JB currently does not speak English and is educated at home, and her family further reassured the tribunal that "[s]he would not be a burden on the taxpayer as she would continue to live within her supportive family unit."

JB was admitted to have a moderate intellectual disability, but her parents argued that this did not mean she was incapable of leading a productive, healthy life.

"The representative emphasized that Down Syndrome was not a progressive disease but a congenital chromosome disorder," the court document reads. "[A]nd, given opportunities, Down Syndrome people, such as the appellant, could lead valued and productive lives."

Yet none of this made a difference to the tribunal. Though her parents said they would not need ORS assistance, the tribunal held it against her anyway, as she would be eligible for funding until she was 21. "[S]he was considered likely to impose significant costs or demands on New Zealand's special education services and she remained not of an acceptable standard of health," the document said. "The medical referee also noted that the appellant's overall thinking and reasoning abilities were below all but 0.1 per cent of children her age and therefore she had an intellectual disability requiring significant support."

The decision has unsurprisingly angered disability advocates. Zandra Vaccarino, the national executive officer of the New Zealand Down Syndrome Association, criticized the tribunal for holding fast to a negatively-stereotyped perception of Down syndrome.

"People with Down syndrome are contributing members of the community … they work, they own their own businesses, they are involved in their community," she told Stuff. "We say as a country we embrace diversity … there could be more done to ensure that diversity is actually supported."

A British family suffered the same indignity in 2019, when their daughter with Down syndrome was also denied residency, simply because of her disability. Though the girl's mother was recruited for a prestigious job in New Zealand, she ultimately turned it down and the family moved to Dublin instead, unwilling to split up her family and live in a country with such discriminatory policies.

"It's complete discrimination. I've always told her she isn't any different but this tears it up," Nilani told the Daily Mail at the time. "She doesn't completely understand why we're not going to New Zealand. They kept telling me she would cost them money to send her to a special school. My tax bill in one month would cover the school fees for the entire year. It just doesn't make any sense other than it being discriminatory. Bumikka has a moderate disability, but she can talk, walk and dress herself. She only needs supervision and extra help in the classroom. So I don't understand why they would reject her temporary visa other than being discriminatory."