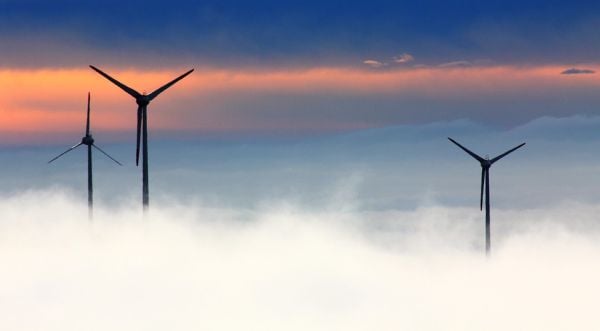 President Biden recently announced ambitious plans to install huge offshore industrial wind facilities along America’s Atlantic, Gulf of Mexico and Pacific coasts. His goal is to churn out 30 gigawatts (30,000 megawatts) of wind capacity by 2030, ensuring the U.S. "leads by example" in fighting the "climate crisis."

The only existing U.S. offshore wind operation features five 6-MW turbines off Rhode Island. Their combined capacity (what they could generate if they worked full-bore, round the clock 24/7) is 30 MW. Mr. Biden is planning 1,000 times more offshore electricity, perhaps split three ways: 10,000 MW for each coast.

While that might sound impressive, it isn't.  It means total wind capacity for the entire Atlantic coast, under Biden’s plan, would only meet three-fourths of the peak summertime electricity needed to power New York City.  Again, this assumes the blades are fully spinning 24/7. In reality, such turbines would be lucky to be operating a top capacity half the time. Even less as storms and salt spray corrode the turbines, year after year.

The reason why is there is often minimal or no wind in the Atlantic – especially on the hottest days. Ditto for the Gulf of Mexico. No wind means no electricity – right when you need it most.

Of course, too little wind isn’t the only issue. Other times, there's too much wind – as when a hurricane roars up the coast. That's more likely in the Gulf of Mexico. But the Great Atlantic Hurricane of 1944 had Category 4 winds in Virginia, Category 3 intensity off Cape Hatteras (NC), Long Island and Rhode Island, and Category 2 when it reached Maine. It sank four U.S. Navy and Coast Guard ships.

When storms or hurricanes hit, turbines can be destroyed. Repairing or replacing hundreds of offshore turbines could take years.

If the White House is planning to generate all that power using common 6-MW turbines, our coastlines would need a hefty 5,000 of the 600-foot tall monsters dotting them. The Washington Monument is 655 feet tall.

Going instead with 12-MW turbines, like the 850-foot-tall GE Haliade-X turbines Virginia is planning to install off its coast, America would still need 2,500 of the behemoths – just to complete Phase One of Biden’s plan. 30,000 megawatts by 2030.  Even if these were all plopped in the Atlantic, it still would not be enough to meet New York State's current electricity needs.

And what about the environment?

How many millions of tons of steel, copper, lithium, cobalt, rare earth elements, concrete, petroleum-based composites (for turbine blades) and other raw materials would be required to manufacture and install the turbines and undersea electrical cables, especially where deep-water turbines are involved?

How many billions of tons of ore would have to be mined, crushed, processed and refined – considering that it takes 125,000 tons of average ore for every 1,000 tons of pure copper metal?

Not only would nearly all of this mining and manufacturing require fossil fuels, but much of it would be done in China, or in other countries by Chinese-owned companies. Haliade-X turbines are also manufactured in China. And much of the mining and processing is done under horrid workplace safety and environmental conditions, often with near-slave and child labor.

More turbines will also kill countless birds and bats. Turbine infrasound and other noise have been implicated in disorienting and stranding whales and dolphins. The numbers, height and low-frequency turbine noise also interferes with surface ships, submarines, aircraft and radar.

Nuclear power or billions of batteries (or retained fossil fuel power plants) will have to back up every megawatt of intermittent, unreliable wind power, so that society can function every time the wind fails. That means more raw materials, transmission lines and costs.

Even with massive taxpayer subsidies, electricity generated by offshore turbines will cost many times what we are paying today, even in New York and California. That will have especially heavy impacts on energy-intensive industries, hospitals, and poor, middle-class, minority and fixed-income families.

Economic, environmental and climate justice reviews must fully, carefully and honestly assess every one of these factors. No "expedited" or "climate emergency" shortcuts should be permitted.

President Biden likes to say offshore wind energy is clean, green, renewable and sustainable. Wind itself certainly is. But harnessing the wind (or sun), to meet the needs of modern civilization is not – especially in ocean environments.

Claiming otherwise is a mirage – a scam. Maybe that's why the Bureau of Ocean Energy Management already canceled two wind projects off Long Island. The costs and impacts are enormous, and local opposition was high. Do climate activists in and out of the Biden Administration expect otherwise anywhere else?

Craig Rucker is president of the Committee For A Constructive Tomorrow (www.CFACT.org), a free market environmental organization dedicated to people and planet.