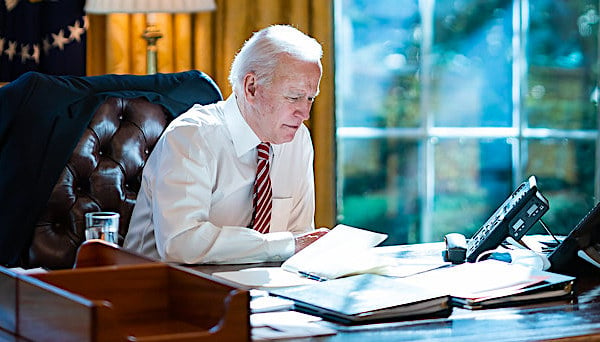 The Amistad Project, an election integrity organization that has spent much time since November reviewing the outside and possibly illegal influences on the 2020 president election, already has filed a complaint with the Wisconsin Elections Commission against its administrator and the mayor of Racine, Wisconsin, alleging they violated the U.S. Constitution in allowing an outside group to be part of the management of the 2020 presidential election.

And Racine broke state laws in that act, it alleges.

The same organization has claimed in another complaint before the commission that officials in Green Bay, Wisconsin, turned over some of their operations and responsibilities to "private activist groups" during the election.

The allegations are all part of a campaign to uncover what leftist Facebook CEO Mark Zuckerberg demanded from cities and counties when he donated some $400 million to local election officials to help them with their election work.

However, he said, "The Wisconsin State Legislature never gave municipalities, jointly or otherwise, the authority to adopt or accept private corporate conditions affecting existing state election laws. The Wisconsin Elections Commission, as the responsible entity in the administration of election laws, never opined on the legality of private corporate conditions affecting existing election laws. Nor did the State Legislature or the Commission authorize the Wisconsin Five cities to obtain private funds of over $6,000,000 from CTCL to target get out the vote effort for special targeted and geo-fenced neighborhoods."

And, he said, "The Wisconsin Five cities were not authorized to 'share screen shots' of their databases or information, or to share census information with these private actors. The actions of the Wisconsin Five cities violate state law and the U.S. Constitution’s Elections and the Electors Clauses because they diverted constitutional authority of the State Legislature and the Commission to private corporations."

Kaardal explained those city officials actually "adopted and implemented private corporate conditions, including direct corporate and corporate employee engagement in the administration of the general election."

He said it was part of the still-under-investigation "unprecedented diversion of election authority from urban election officials to private corporations."

He said Zuckerberg's $400 million was used to "use urban public election resources as a medium for urban absentee ballot harvesting."

"The method of achieving that goal was to divert election authority away from the municipal clerks, who have in the past run the elections, to private corporations who want to engage in urban absentee ballot harvesting," his report explained.

Other grants are known to have been made in Philadelphia, Detroit, Milwaukee, Atlanta and Phoenix, the report said.

"CTCL’s grant agreements included claw-back provisions which entitled CTCL to recover all the money if its allied private corporations were not engaged in election administration. For the private corporations, the goal was to use public resources to accomplish urban absentee ballot harvesting," he said.

The Amistad Project's next stop will be to research "the same CTCL-led diversion of election authority in the other swing states," which include Pennsylvania, Michigan, Georgia and Arizona, the report said.

Cities there all agreed "to engage the allied private corporations in election administration. So, in turn, the same documents exist there to prove the diversion of election authority to private corporations. It is just a matter of further investigation and litigation before the truth comes out."