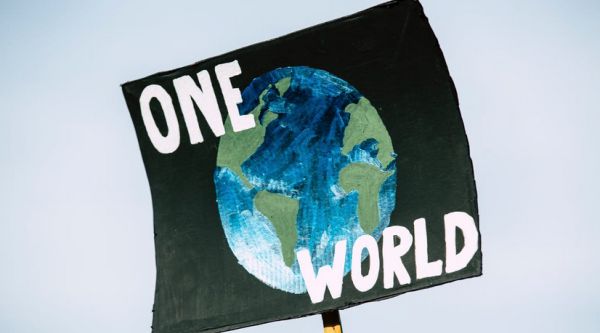 Before Joe Biden's election, environmental, social and governance (ESG) investing was sweeping all before it. Wall Street was coming to the planet's rescue and saving capitalism at the same time. It was a self-serving myth. As I show in my new report Capitalism, Socialism and ESG published today, doing well by doing good is no more than Wall Street sales patter. But since the election, financial regulators have been falling over themselves playing catchup.

In early December, Fed governors voted unanimously to join the Network for the Greening of the Financial System, a club of central bankers and financial regulators established by the Banque de France to implement the Paris climate agreement. Acting SEC chair Allison Herren Lee has put climate and ESG front and center of the SEC's work. "No single issue has been more pressing for me than ensuring that the SEC is fully engaged in confronting the risks and opportunities that climate and ESG pose for investors, our financial system, and our economy," she says.

At the Department of Labor (DOL), it was widely expected that the new administration would use the Congressional Review Act to scrub out two late-term Trump administration ESG rules governing corporate retiree-savings plans under the 1974 Employee Retirement Income Security Act (ERISA). Instead, the DOL announced that it merely intends to "revisit" the rules. Pending that process, it would not be enforcing them.

The DOL's position is unconventional, to say the least. The first constitutional duty of the executive is to enforce the law. A trio of Republican senators – Richard Burr, Mike Crapo, and Pat Toomey – have criticized the DOL's decision to abdicate its legal responsibility to enforce ERISA and the rules that operationalize its provisions to protect retiree incomes.

The DOL finds itself between a rock and a hard place. The hard place is President Biden’s first executive order instructing federal agencies to suspend, revise, or rescind (not revisit) Trump administration regulations that conflict with, to use shorthand, the ESG and climate policies of the Biden administration. The rock is the letter of the law. ERISA imposes tightly defined duties on plan managers and fiduciaries to act solely in the interests of plan beneficiaries and must set out to maximize the risk-adjusted financial value of plan assets, considering only so-called pecuniary factors when making investment decisions.

The essence of the DOL's financial factors rule is to clarify the legal duty of plan managers not to subordinate the financial interests of plan participants to other objectives or promote non-pecuniary goals. "The weight given to any pecuniary factor by a fiduciary should appropriately reflect a prudent assessment of its impact on risk-return," the rule states. In a tie-break where the pecuniary factors are indistinguishable between two alternatives, the rule requires plan managers to document why the pecuniary attributes of the two alternatives cannot meaningfully be distinguished.

ESG advocates would have us believe that incorporating ESG factors boosts financial returns – or, as the ESG sales patter has it, "doing well by doing good." Were the superiority of ESG investing strategies clear-cut and supported by generally accepted investment theories, the rule would present little difficulty to a competent investment manager. Yet according to the Biden DOL, the new rule is having a "chilling effect" on integrating ESG factors into investment decisions.

This is not surprising. Modern investment theory emphasizes the importance of portfolio diversification. The MSCI KLD 400 Social Index, used by BlackRock's iShares MSCI KLD 400 Social Index, comprises less than one-fifth of the MSCI USA IMI Index. No investment theory says that shrinking the universe of potential investment options by 80% is conducive to producing higher returns. The 2000 decision by CalPERS, the nation's largest state pension fund, to divest itself of tobacco stocks is reckoned to have cost it $3 billion in lost returns.

Insofar as material ESG factors boost corporate profits, ESG investment strategies must assume that the market fails to incorporate this into higher valuations because once the market has priced in those factors, investors must be satisfied with lower expected returns. As Eugene Fama, a founder of modern portfolio theory, puts it, "virtue is its own reward since investors get lower expected returns from the shares of virtuous firms." In terms of compliance with ERISA, virtue is a non-pecuniary benefit.

Ostensibly, much of the planned regulatory action is about more disclosure enabling investors to make better investment decisions, especially on climate change. But the notion of climate risk requiring additional disclosure is deeply suspect. Was February’s energy whiteout in Texas a climate change physical risk – or a climate change regulatory risk, arising from over-investment in wind and under-investment in coal and nuclear making the Texas grid less resilient? These are questions for climate risk theologians but of little real-world relevance to investors.

Much climate disclosure required by ESG standard-setters is systematically misleading because it treats the world as a homogenous regulatory space. Climate regulations are made by nation states; it is highly unlikely that a corporation’s global footprint is coterminous with the borders of a state.

In reality, climate risk disclosure is about facilitating and encouraging non-state actors to regulate corporations and thereby society. As BlackRock CEO Larry Fink says, it isn't transparency for transparency's sake; "disclosure should be a means to achieving a more sustainable and inclusive capitalism." The SEC is giving activist investors the green light to table shareholder motions to force ConocoPhillips and Occidental Petroleum to set out detailed plans for cutting Scope 3 emissions – those emitted by their customers. BlackRock, the world’s largest fund manager, is pressuring companies to formulate business plans "consistent with achieving net-zero global greenhouse gas emissions by 2050."

ESG investing thus turns out to be politics continued by other means. Far from a vision of inclusive capitalism, it is the culmination of a trend away from democratically accountable law-making. In 2009, despite large Democratic majorities in both houses of Congress, cap-and-trade was passed only narrowly by the House and died in the Senate. After the 2010 midterm elections, such efforts became the purview of the administrative state and the Obama administration’s Clean Power Plan – until the Supreme Court ordered a stay on its implementation. Now, society is apparently to be regulated by the top executives of multitrillion-dollar index funds and a handful of activist shareholders.

Inclusive it is not. Americans’ savings are to be deployed for wider societal ends, ones determined not by them or by elected politicians but by Wall Street oligarchs. The end point is the socialization of American capital. Rather than being inclusive, ESG is pure insider capitalism: it excludes the many from power exercised by the few.

Rupert Darwall is a senior fellow of the RealClear Foundation and author of Capitalism, Socialism and ESG.