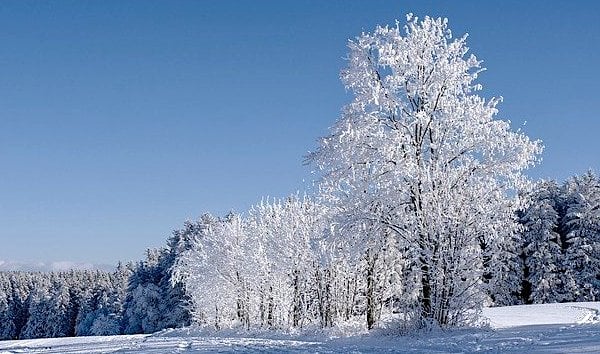 (Image by Nicky from Pixabay)

A study published in Nature is suggesting that climate change was at least partly responsible for the deaths of dozens of people found in an ancient burial ground in the Nile Valley.

Today, environmentalists argue that the use of fossil fuels and lack of conservation is to blame for climate change, but SUVs reportedly were in scarce supply in this case.

The study, which looked again at the well-known Jebel Sahaba cemetery site in the Nile Valley, which dates to the late Pleistocene period, concluded many of those found buried there died of injuries.

"Territorial and environmental pressures triggered by climate changes are most probably responsible for these frequent conflicts between what appears to be culturally distinct Nile Valley semi-sedentary hunter-fisher-gatherers groups," the study said.

The cemetery holds the remains of 61 people, and it was excavated in the 1960s.

"Over 100 previously undocumented healed and unhealed lesions were identified on both new and/or previously identified victims, including several embedded lithic artefacts. Most trauma appears to be the result of projectile weapons and new analyses confirm for the first time the repetitive nature of the interpersonal acts of violence," the study found.

"Indeed, a quarter of the skeletons with lesions exhibit both healed and unhealed trauma. We dismiss the hypothesis that Jebel Sahaba reflects a single warfare event, with the new data supporting sporadic and recurrent episodes of inter-personal violence, probably triggered by major climatic and environmental changes."

Courthouse News explained the site "has been credited with containing the oldest known evidence of warfare in human culture."

Originally the victims were thought to all be from one huge battle, but the study finds that they probably were buried following a series of conflicts.

"Now scientists have discovered new evidence that the people buried at Jebal Sahaba survived several violent assaults throughout their lives, lending credence to the idea that these hunter-fisher-gatherers battled other groups as natural resources dwindled amid a drastically changing climate," the report said.

It explained the culture at the time had people watering and caring for wild grasses and grains that they harvested.

"But a drastic change in temperature put unbearable pressure on the animals, fish and plants they and other groups relied on, leading to inevitable conflict in the fight for survival," the report said.

"While acknowledging the possibility that the Jebel Sahaba cemetery may have been a specific place of burial for victims of violence, the presence of numerous healed traumas and the reuse of the funerary space both support the occurrence of recurrent episodes of small scale sporadic interpersonal violence," the study concludes.

"Our reappraisal undeniably supports the interpersonal nature of the lesions and confirms the projectile origin of most of the trauma. Our analyses also show that out of sixty-one individual, 26.2% of had signs of perimortem traumas and 62.3% displayed healed and/or unhealed traumas (excluding undiagnosed lesions) regardless of the age-at-death or sex, including children as young as 4 years old," the student found.