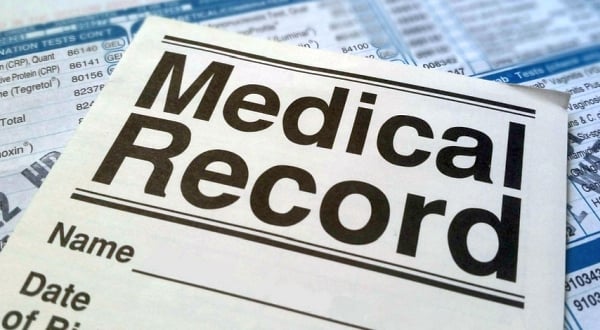 The Biden administration has taken a bulldozer to intellectual property rights in announcing it will not protect COVID-19 creator companies, auspiciously to hasten access to vaccines in developing countries. Instead of pulling this political stunt, officials should listen to the companies that already are on track to provide near-universal access to their vaccines and treatments.

“We reached out to all nations asking them to place orders so we could allocate doses for them,” Chief Executive Officer Albert Bourla wrote in a letter to Pfizer employees.

“Back in June of 2020 we decided to offer our vaccine through tiered pricing,” he explained. “The wealthier nations would have to pay in the range of about the cost of a takeaway meal and would offer it to their citizens for free. The middle-income countries were offered doses at roughly half that price and the low-income countries were offered doses at cost. Many of the poorest communities will receive their doses through donation.”

Citizens in lower-income countries are lagging in vaccinations for a number of reasons—including hesitancy and inadequate systems to distribute and administer the vaccines.  They will get vaccines and treatments much sooner and much more safely if they allow plans already in place to proceed.

U.S. Trade Representative Katherine Tai announced on May 5 that the U.S. would agree to “waive” a World Trade Organization (WTO) agreement involving intellectual property rights regarding Covid-19 vaccines and treatments and encourage other countries to follow.

The Wall Street Journal called it “the single worst presidential economic decision since Nixon’s wage-and-price controls.” It undermines the very lifeblood of decades of investment by the companies in medical technologies.

Instead of spending time building massive new manufacturing capabilities to make copies—which can take years—developing countries can instead focus on developing their public health and delivery systems to get the shots into arms.

Pfizer’s Bourla had spent weeks personally reaching out to countries “so we could allocate doses for them…We have concluded agreements to supply 116 countries and we are currently in advanced negotiations with many more for a total of approximately 2.7 billion doses in 2021.”

World vaccine manufacturing capacity for Pfizer and other companies is operating at peak capacity, and they are expanding facilities to further boost production.

“When we created our vaccine,” Bourla wrote, “there was no manufacturing production of any mRNA vaccine or medicine anywhere in the world. We had to create manufacturing infrastructure from scratch. With 172 years of quality manufacturing tradition, substantial deployment of capital, and more importantly, an army of highly skilled scientists, engineers and manufacturing workers, we developed in record time the most efficient manufacturing machine of a life-saving vaccine that the world has ever seen.”

Developing countries have been pushing the World Trade Organization to waive IP protections for Covid vaccines and therapies. They say they want to accelerate access to the vaccines, but too many simply want free access to the IP so they profit from making copy-cat versions.

Mr. Biden has thrown away “an American triumph of innovation,” the Journal writes. “In one fell swoop he has destroyed tens of billions of dollars in U.S. intellectual property, set a destructive precedent that will reduce pharmaceutical investment, and surrendered America’s advantage in biotech, a key growth industry of the future.”

China, with its second-rate vaccine technology, is delighted: “So global pressure works. And I hope it does not take forever for this to be a reality” a China state media rep tweeted.

Former FDA administrator Scott Gottlieb says all U.S. manufacturers combined are on track to produce 12 billion doses of high-quality vaccines by the end of 2022. And these are products with higher efficacy rates than inferior versions from Russia and China.

Moderna and Johnson & Johnson are producing and distributing their own vaccines at warp speed, with still other versions in the FDA approval process.  And dozens of other pharma companies are providing grants and medical supplies to developing countries, including relief to hard-hit India.

Intellectual property rights are fundamental rights, explicitly protected under Article 1 of the U.S. Constitution, securing “to Authors and Inventors, the exclusive Right to their respective Writings and Discoveries.”

Actually producing vials of vaccines is far from a simple process. These new vaccines are extraordinarily complex; it takes Pfizer every minute of 60 days in state-of-the-art facilities in three different states to produce.   Here’s a great 7-minute video from Time that walks you through the process, and another description from The New York Times.

If the market were to be flooded with knock-off versions, who’s to know if the vaccine or treatment you are getting is safe and properly made?  The entire world supply would be contaminated when faulty batches get into the supply chain.

Germany, whose BioNTech partnered with U.S.-based Pfizer on its vaccine, swiftly reacted: “Merkel Pushes Back on Vaccine Patent Waiver in Row With U.S.” Intellectual property must be protected, a German spokeswoman confirmed.

Just one country can stop the consensus agreement needed for the WTO to proceed with the patent theft plan. The European Union, the U.K., Switzerland, Japan, and others that have a huge stake in protecting intellectual property need to hold fast, but progressives are working hard to shame them into surrendering.

The WTO’s decades-old agreement on Trade-Related Aspects of Intellectual Property Rights (TRIPS) recognizes that “innovation, creativity, and branding” are vital.  Yet the Biden administration is explicitly asking to waive its “legal recognition of the significance of links between intellectual property and trade.”

American Action Forum president Doug Holtz-Eakin says the Biden administration is Playing Politics with the Future:  “There is no rational defense for this move,” he writes.  “In the end, this is grandstanding politics that accomplishes nothing real in the fight against COVID19, and it comes at the price of setting a horrific precedent in undercutting the protection of IP and the incentives to innovate.”

Despite its goals of being a world leader in vaccine supply, the Biden administration is being criticized, even from insiders. “Where is the plan?” asked one Department of Health and Human Services official involved in the coronavirus response who spoke on the condition of anonymity to discuss private deliberations. “The waiver is not a plan.”

This lack of a coordinated strategy risks missing a huge opportunity to demonstrate American global leadership.  The Trump administration’s historic success with Operation Warp Speed is being replaced in the Biden administration with confusion, top-heavy bureaucracy, and waste.

Biden officials say “there is confusion over which agency is leading the effort to craft the country’s global vaccination strategy, which has led to a fragmented rather than strategic approach,” The Washington Post reports. “The actors involved in the global response include officials from the White House’s coronavirus response team, the National Security Council, the Office of the U.S. Trade Representative, the State Department, the U.S. Agency for International Development and HHS.”

The progressives have prevailed yet again with President Biden, but they will quickly find that this heist will harm rather than accelerate rapid world access to these new medicines. Ramping up production in existing and expanded facilities, which already is happening, is the best way to quickly increase supply and assure safety.