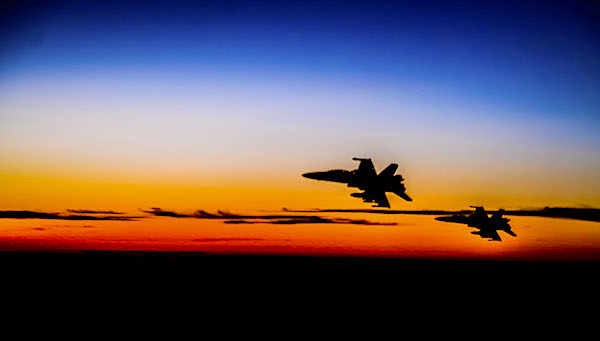 The Communist regime "is scouting for a naval base on the west coast of Africa," he explained in a column at Gatestone.

"In the near future, therefore, Chinese ships could be regularly patrolling off America's East Coast."

He revealed that right now, China's only offshore military base is in Djibouti, on the Horn of Africa.

But Townsend believes "the People's Liberation Army Navy is surveying locations on Africa's west coast, from Mauritania in the north to Namibia in the south," Chang said.

The location is at a crossroads, with influence over the Strait of Gibraltar, the Strait of Sicily, the Red Sea, the Bab al Mandeb, and the Mozambique Channel, the column explained.

Africa's land mass is huge, and the continent is home to 11 of the 25 fast-growing economies around the world, the column said.

Is China more likely to launch military action against America with Biden as president?
97% (867 Votes)
3% (23 Votes)

Specifically, he identified the Lajes Field, a port on a Portuguese island called Terceira, one of the Azores.

"If China controlled the base, the Atlantic would no longer be secure. From the 10,865-foot runway there, Chinese planes could patrol the northern and central portions of the Atlantic and thereby cut air and sea traffic between the U.S. and Europe. Beijing would also be able to deny access to the nearby Mediterranean Sea," the commentary explained.

Chang said, "Whether China takes over Lajes or not, China's plans for Africa are clear. As Bradley Bowman of the Foundation for Defense of Democracies told the Washington Times this month, 'It's just a matter of time before you have regular surface and subsurface Chinese naval vessels in the Atlantic.'"

He noted Lajes is only 2,300 miles from New York, not even as far as Pearl Harbor is from Los Angeles.

It could be worse, he said.

"About 90 miles east of Palm Beach, on Grand Bahama Island, a Hong Kong-based business is spending about $3 billion on a deep-water container facility, the Freeport Container Port," he explained.

That's intended to take advantage of traffic from the recently expanded Panama Canal. But China already has a record of moving into such commercial ventures, and eventually taking them over.