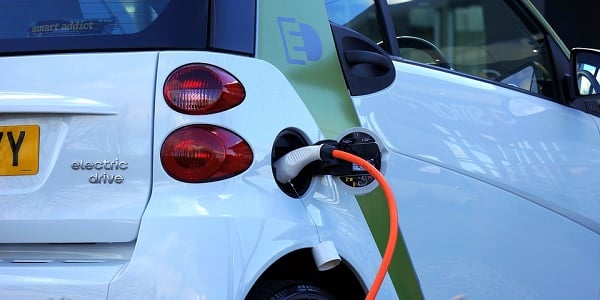 With anticipated growth in electric vehicle (EV) sales in the United States, the question remains: How are EVs going to pay their fair share of maintaining our nation’s highway infrastructure? The Highway Trust Fund was created in 1956 by Congress to pay for our Interstate Highway System. Currently, the fund receives monies from the federal fuel tax – 18.4 cents per gallon of gasoline and 24.4 cents per gallon of diesel fuel.

The federal fuel tax has not increased since 1993, and since it is not pegged to inflation, collections are insufficient to maintain our highways without the infusion of additional funds from general revenues. The Highway Trust Fund currently has two accounts – one to fund road construction and surface transportation projects and a second for mass transit. One cent per gallon also is used to fund underground storage-tank removal. Over time, the diversion of money from the fund to pay for "non-highway" projects has been growing, making the shortfall even larger.

This shortfall is worsening as EVs take a larger share of vehicle sales. Since EVs do not use liquid fuels to propel them as do ICE (internal combustion engine) vehicles, they are not contributing to the maintenance of our highways. Some observers argue that vehicles in general should be charged a miles-driven tax. It might seem to make sense that the more miles one drives the more one should pay to maintain our roads, but there are other considerations.

The current fuel tax is very fair, in that larger and heavier vehicles damage our roads more than smaller, lighter vehicles. They also consume more fuel; thus, they pay more tax. Some estimates suggest that an 80,000 pound truck damages the road as much as 5,000 to 10,000 cars. If someone drives a large, less fuel-efficient pickup truck, the driver pays more fuel tax than someone who drives a subcompact car. But with a charge-per-mile tax, this would not be true – unless the assessment per mile driven is higher for large EVs and lower for smaller EVs.

My suggestion: an electricity tax could be added to public EV fast-charging stations that would be the equivalent of the current fuel tax. I have found that a rule of thumb for many EVs is that they consume about one kilowatt hour of energy for every 3.5 miles of driving. If a comparable ICE car achieved 30 miles per gallon, the 18.4 cents tax per gallon would equal 0.61 cents per mile. Thus, 2.14 cents for each kWh used at public fast-charging stations could be added to help pay for our highways. This is a start, but it would hardly make up for the shortfall in revenue from EVs, since it does not account for the fact that most EVs are charged at home.

Charging vehicles a per-mile fee for using our highways also raises concerns of privacy and security. The privacy issue involves the government knowing where you are and where you have been (though our smart phones are already doing the same thing). More and more of our cars are connected with WiFi hotspots, along with digital updates from the manufacturer (again just like our phones).

But what would happen if a rogue entity were able to hack into our connected cars and make them unable to start, or worse, cause an accident? It reminds us that the IRS, Justice Department, and the Defense Department all experienced recent and harmful electronic intrusions. I hope our auto manufacturers have better technological defenses than our government agencies, but I doubt it.

There are still other concerns. If we stopped using a fuel tax, everyone would have to install a black box in their car to assess the mileage tax. It would certainly be better to continue the fuel tax for ICE cars and then charge a mileage tax on the more modern and technologically capable EV vehicles that are more connected. A percentage of fuel-tax collections also come from non-road uses, such as when I fuel the John Deere tractor I use to cut fields around my home. Every time I fill up my tractor, I am helping pay for our highways, though I never drive my tractor on them. Why stop this extra source of revenue?

I also wonder who would decide what to charge for a miles-driven tax. Ideally, it would be Congress that sets the federal fuel tax, but critics would point out, accurately, that the tax has not been raised since 1993 (and it would not be popular politically to do so). Instead, the bureaucracy might prefer that an unelected regulatory panel decide the amount of the tax. But then what would stop that panel from demanding a higher fee, in the hope that this charge would encourage people to drive less?

Or perhaps it would assess fees to discourage driving at certain locations, similar to New York City’s proposal to charge congestion fees of $11.52 per car and $25.34 per truck that enter the city south of Central Park.  London charges about $21 to drive into that city between 7 AM and 10 PM every day except Christmas.

Let's say Highway 81 has lots of road construction over the next four years. What would prevent the government from charging a triple tax for drivers, to encourage them to find other routes? This could be the kind of nightmare caused by central planners looking to manipulate driving habits.

Conversations I've had lead me to believe that consumers would be willing to pay the additional 13 cents per gallon needed to maintain our highways. This would allow for the continued diversion of funds to other non-highway projects such as mass transit and bike paths. We must also find ways to charge EVs the fuel-tax equivalent based upon a yearly assessment, a tax on energy consumption, a miles-driven tax, or some combination of the three.

What we do not have, as far as I can tell, is much discussion on how we are going to do this. Some say that government finds it easier to spend money than to collect it. Others rationalize exempting EVs from such fees as a subsidy to spur acceptance of the new technology, or as a deserved reward in the belief that EVs are beneficial for the environment.

Finally: even if we're successful in raising the extra 13 cents per gallon of fuel or electricity equivalent, it would require a lock box to prevent those funds from being diverted to purposes other than maintaining our highways. But this is a problem universal to public financing.

Geoffrey Pohanka is a third-generation automobile dealer and chairman of the Pohanka Automotive Group headquartered in Capitol Heights, Maryland.