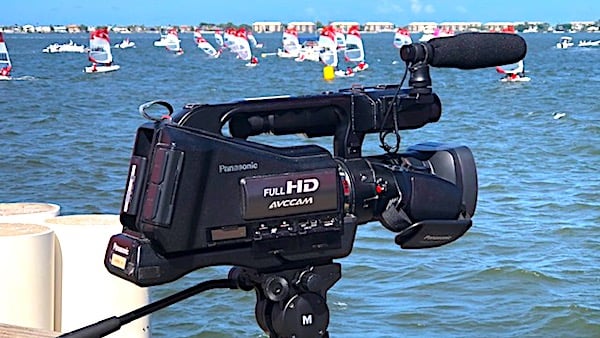 A Minnesota woman is arguing this week before the 8th U.S. Circuit Court of Appeals that video recording public events is legal.

Even if the state says it isn't.

The fight is being handled on behalf of Sally Ness by officials with the American Freedom Law Center.

They brought a civil-rights complaint against the state of Minnesota on behalf of Ness back in 2019, and they now are arguing before the appeals court.

Ironically, she was harassed for filming public events in the same region where the public's videos of a police officer with his knee on the neck of George Floyd have appeared on television thousands of times.

In Ness's case, she alleges the city of Bloomington, two police officers, and the Hennepin County attorney violated her First and Fourteenth Amendments by threatening to enforce local and state laws against her for filming public information exposing various zoning and other violations committed by a local mosque and its associated school, both of which are located in Ness's neighborhood.

The attorney general of Minnesota, Keith Ellison, a Muslim, intervened in this case on behalf of the defendants.

The AFLC said the First Amendment fully protects her actions, and additionally so because she was filming public matters related to a public controversy.

The case charges the city, state and its officials are trying to make a crime of something that is "protected."

The issue is events at the Dar al-Farooq mosque and its affiliated school in her neighborhood.

"Ness would often film zoning and other violations committed by DAF and the Success Academy that are disruptive to the neighborhood. Ness would publicly disseminate this information via a blog and Facebook page. She would also bring these violations to the attention of the city, which would largely ignore her concerns and the similar concerns of her neighbors," the AFLC said.

Then in 2019, police threatened her that people felt "threatened" by her actions and ordered her to stop.

The cops said their decision to charge her with harassment would be based on how other people felt.

The city then adopted a new ordinance stating "No person shall intentionally take a photograph or otherwise record a child without the consent of the child's parent or guardian."

It appeared aimed directly at her, since her efforts to document violations in her neighborhood, and a park that she would try to use with her grandchildren – necessarily featured children.

Shortly later she was informed by a detective she was under investigation for harassment.

The lawsuit seeks a declaration the harassment statute and newly approved ordinance targeting her are unconstitutional.

A local, liberal judge, had rejected those arguments earlier.

The AFLC earlier rebuked Ellison for jumping into the case.

"And this is particularly the case here because she is filming public matters related to a public controversy," he said. As the courts have explained, filming matters of public interest is fully protected by the First Amendment. Consequently, the attorney general seeks to make a crime out of what under the Constitution cannot be a crime. Indeed, every news reporter in Minnesota would be surprised to learn that their attorney general doesn’t believe that their filming for the purpose of exposing matters of public concern is protected by the First Amendment, particularly if the subject of their exposé objects."

David Yerushalmi, AFLC senior counsel, said it's no surprise Minnesota’s attorney general "has intervened in this lawsuit to oppose the First Amendment in favor of protecting Islam from public criticism of any sort."

"Attorney General Ellison is a former member of the anti-American, Jew-hating Nation of Islam, an admirer of the rabid black racist Louis Farrakhan, and a card-carrying supporter of, and fundraiser for, the Muslim Brotherhood in America," he pointed out. "Ellison’s brief opposing this lawsuit is a tutorial on how Shariah-centric Muslims and progressives seek to destroy our fundamental liberties in the name of protecting Islam from legitimate criticism."