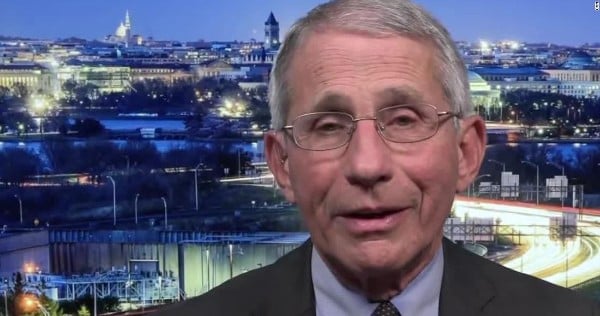 Amid growing evidence that the novel coronavirus was leaked from a lab funded by his agency, Dr. Anthony Fauci lashed out at his critics in an MSNBC interview, insisting that attacks on him amount to attacks on science.

"It's very dangerous, Chuck," he told "MTP: Daily" host Chuck Todd on Wednesday, "because a lot of what you’re seeing as attacks on me, quite frankly, are attacks on science.

"Because all of the things that I have spoken about consistently from the very beginning have been fundamentally based on science. Sometimes those things were inconvenient truths for people, and there was pushback against me," the White House coronavirus adviser said.

"So if you are trying to get at me as a public health official and scientist, you’re really attacking not only Dr. Anthony Fauci, you are attacking science. And anybody that looks at what is going on clearly sees that. You have to be asleep not to see that."

One of Fauci's critics on Capitol Hill, Sen. John Kennedy, R-La., had no patience for the complaint, saying in an interview later Wednesday that Fauci "needs to cut the crap" and produce evidence to back his stances.

“But Dr. Fauci needs to cut the crap. This isn't about Dr. Fauci. It's not about his feelings. And I'm sorry if his feelings were hurt,” Kennedy said.

"You know, maybe he ought to buy an emotional support pony."

Kennedy pointed out the issue is the millions of lives lost to the pandemic. And it's known that Fauci sent taxpayer funds to the Wuhan Institute of Virology and that he cannot rule out that the money was used to do dangerous gain-of-function research. The senator noted that the lab is known to have conducted 11 different experiments related to gain-of-function research, which increases the transmissibility and lethality of a virus in order to develop treatments and vaccines ahead of a potential outbreak.

And while Fauci continues to insist the novel coronavirus had a natural origin, Kennedy argued there's no evidence to support that theory.

"Well, it's been a year. Where's the proof? Where is the smoking bat?" Kennedy asked, referring to the animal believed to be the original host of the virus.

He pointed out that China certainly would show the world such evidence if it existed.

Kennedy said that if Fauci does not address the issues of the virus' origin and the U.S. funding of the Wuhan lab, "the American people are going to end up trusting Dr. Pepper more than Dr. Fauci."

In one of the emails obtained recently through a Freedom of Information Act request, a top virologist warned Fauci, while he was publicly dismissing the lab-leak theory, that the novel coronavirus had possibly been "engineered".

Fauci also received a "personal thank you" for backing the natural origin theory from Peter Daszak, the head of a nonprofit that used a $3.4 million government grant to fund research at the Wuhan Institute of Virology.

See the interview with Sen. Kennedy: