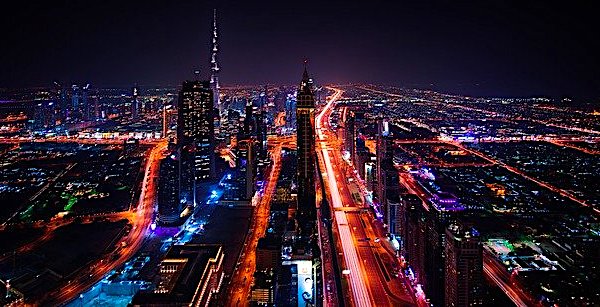 (Image by Nikhil Kurian from Pixabay)

A federal appeals court has struck down a privately funded city program through which Baltimore police were able to monitor every individual's movements on its streets throughout all daylight hours.

"We're on the losing end of a technological revolution that has already taken hostage our computers, our phones, our finances, our entertainment, our shopping, our appliances, and now, it’s focused its sights on us from the air," said constitutional attorney John W. Whitehead, president of the Rutherford Institute, which joined other groups in a friend-of-the-court brief in the case.

"By subjecting Americans to surveillance without their knowledge or compliance and then storing the data for later use, the government has erected the ultimate suspect society. In such an environment, there is no such thing as 'innocent until proven guilty.'"

The 4th U.S. Circuit Court of appeals ruled that the city's "use of aerial surveillance to continuously track and monitor the activities of citizens throughout the city violated the Fourth Amendment," the Institute reported.

The case was Leaders of a Beautiful Struggle v. Baltimore Police Department.

The court noted the city had tried to get the case dismissed because it decided to drop the $3 million program, but the court said there still was an active controversy.

"Because plaintiffs also sought to enjoin defendants' access to any data collected by the AIR program, and defendants retain the data that proved fruitful, we hold that the appeal is not moot."

And regarding the Aerial Investigation Research program itself, a project of the police department and Commissioner Michael Harrison with funding from a private group, the court said, "Because the AIR program enables police to deduce from the whole of individuals' movements, we hold that accessing its data is a search, and its warrantless operation violates the Fourth Amendment."

The Rutherford Institute called in a victory in efforts to curtail government spying.

The program used plane-based cameras to record all ground movements.

"Concerned over rising crime rates within the city, in 2016, the Baltimore Police Department began secretly implementing an Aerial Investigative Research (AIR) program that deployed three planes equipped with cameras to record activities and the movements of persons throughout the entire city during daytime hours," Rutherford reported.

"When news reports revealed the existence of the AIR program, it was shut down due to strong public opposition. But the program was revived when a new police chief was appointed and its implementation was approved by the city council. Under the reimplemented program, airborne cameras continuously captured video of 90% of the city during daylight hours," the institute reported.

"The captured images detected individuals and tracked their movements. Although individuals appear as a pixilated dot on the AIR images and cannot be identified from those images, the AIR system was also integrated with other surveillance systems, including over 800 surveillance cameras using facial recognition technology and automated license plate readers that can track the movements of vehicles. In April 2020, a coalition of community organizers and activists sued the city, asserting that AIR’s pervasive surveillance violates the Fourth Amendment’s prohibition on unreasonable searches and seizures."

The appeals court now has ruled that the program is a warrantless search.

The ruling noted that the images were used to generate reports, which included "observations of driving patterns and driving behaviors," the "tracks" of vehicles and people captured on film, the locations those vehicles and people visited and who they met with.

"The AIR program is like a 21st century general search, enabling the police to collect all movements, both innocent and suspected, without any burden to 'articulate an adequate reason to search for specific items related to specific crimes,'" the appellate court said. "We reverse the denial of plaintiffs' motion for a preliminary injunction and remand for further proceedings consistent with this opinion."