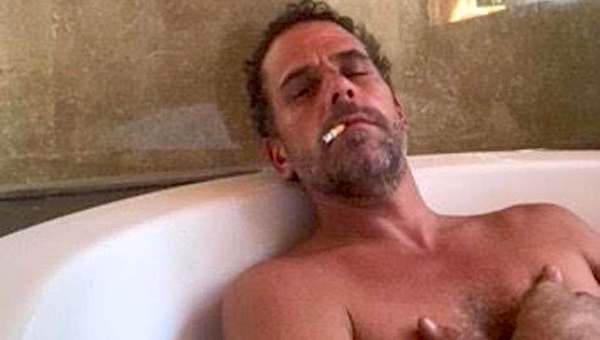 Hunter Biden, who recently started a career as an artist, has received high praise for his work which could sell for more than $75,000, according to the New York Post.

“I like it,” Mark Tribe, Chairman of the MFA Fine Arts Department at New York City’s School of Visual Arts, told the New York Post. “The colors and compelling forms — it’s the kind of organic abstraction that I find easy on the eyes and provokes your curiosity,” Tribe said.

Hunter Biden’s artwork is actually good and will be worth a lot, experts say https://t.co/kCxjlw19rd pic.twitter.com/JVPp8NTqZp

Even critics unimpressed with modern art are interested in Biden’s art, partially due to the value of the family name, the Post reported.

Alex Acevedo, the owner of Alexander Gallery in Midtown Manhattan, is not a modern art enthusiast but told the Post that he’d still buy a few of Biden’s pieces.

“And anybody who buys it would be guaranteed instant profit…He’s the president’s son. Everybody would want a piece of that,” Acevedo told the Post. Acevedo said Biden’s work would have significantly less value if it weren’t for his last name, the Post reported.

Biden’s art ranges from $75,000 to half a million, His dealer Georges Berge, told artnet in an interview. Burgers was accused of defrauding an investor for $500,000 in 2016 and was also charged with assault with a deadly weapon in 1998 where he served 90 days in jail, the Post reported.

Biden, a drug addict and centerpiece of numerous scandals, told artnet that his work is “not a tool that I use to be able to, in any way, cope. It comes from a much deeper place.”

Biden sees painting more than expressing emotion or feeling as it’s more about “trying to bring forth what is, I think, the universal truth,” he told artnet.

Hunter Biden’s artwork is actually good and will be worth a lot, experts say https://t.co/kCxjlw19rd pic.twitter.com/JVPp8NTqZp

Biden has also received criticism from members of the art community.

“I’m very positive that he’s going to do well in the market because the industry is very much about, what’s a simple way to put this — its like clout,” art consultant and Biden critic Martin Galindo told the Post.

Jill, an Upper West Side art collector who only provided her first name, told the Post she is unimpressed with Biden’s work saying “anyone can do that.”

“I wouldn’t pay sh*t for it because he’s a criminal,” Jill continued.

When asked if his father is a supporter of his work, Hunter answered, “My dad loves everything that I do, and so I’ll leave it at that.”