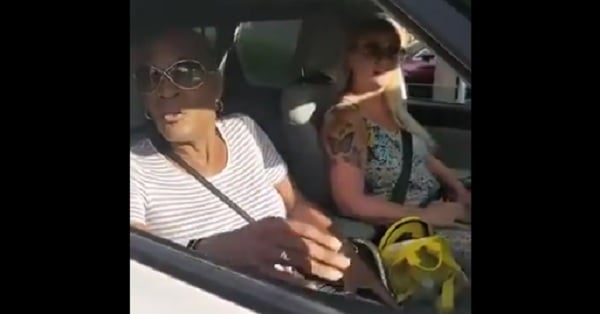 So-called "protesters" in Minneapolis have detained a city official, apparently involuntarily, demanding a signature on a promise that charges against rioters will be dropped in order to obtain the official's freedom.

"Video shows a large group of protesters blocked her vehicle until she agreed to sign a list of their demands that included dropping criminal charges against rioters," the report said.

Fox reported, "The incident happened Sunday afternoon while Jenkins was attending the Taking Back Pride event in Loring Park, as video shows her sitting in the front passenger seat of a white vehicle being blocked by a group of extreme Black Lives Matter demonstrators, many with their cellphones out recording."

The incident was posted on Facebook, and in a video, Jenkins is heard saying, "It might be three days before I get out of here."

One "protester" hasda list of demands to which Jenkins must agree to "before she's free to leave," the report said.

The handwritten note includes outlandish requests such as "reopen all the cases of murderers."

"We are not asking no more, White lady. We are demanding," a female voice in the crowd shouts.

Jenkins ultimately signed the demands, so those engaged in the incident then demand she print her name and date it.

What the protesters planned for the signed document is unclear, but even entry-level law students know that a document signed under duress, or by coercion, is not valid.

Jenkins said on Facebook, "On Sunday afternoon, while attending a Pride event in Loring Park, something I’ve done on the last weekend in June for the past 20 plus years, I was verbally attacked, berated and held ‘hostage’ against my will by a large group of angry protesters."

Jenkins continued, "I can’t tell people how to express their anger, their fears or their pain, but I do know that when your pain impacts others then that becomes problematic."

Jenkins opinion is that "no citizen has the right to detain and coerce anyone to do anything, that includes elected officials."

On Sunday, extreme BLM activists blocked Minneapolis city council member @annapoetic in the street. Andrea Jenkins was forced to sign a statement that charges against alleged rioters would be dropped. This incident has not been reported in the local press. pic.twitter.com/fpCX5B7r5w