Monday, June 14, is Flag Day. It's the day set apart in particular for Americans everywhere to fly Old Glory loud and proud. But the truth is, there has never been more opposition to the American flag than there is today, especially by Big Tech giants on the internet.

In 2019, KSUI News in San Diego ran a great patriotic and heartfelt story about a local businessman's son and his dad, James Staake, who opened his own business making American flags that are mostly hand-carved out of wood. He carves state flags as well. They are works of art with patriotic themes that honor the armed forces, the Constitution and first responders.

As James recounted the story to KSUI News, one day he asked his 6-year-old son, Max, what kind of business he wanted to start? Max replied, "I want to make American flags out of wood with you, and I want Mommy to put art on them." That was an understandable request since dad James is a carpenter and Max's mom, Ginger, is an artist.

Together, they made their first flag and sold it to a family friend. In just its first year, the family business sold over 400 flags. That's when James and Ginger left their regular jobs and went to work full-time for their 6-year-old son. Your American Flag Store (youramericanflag.com) was born. 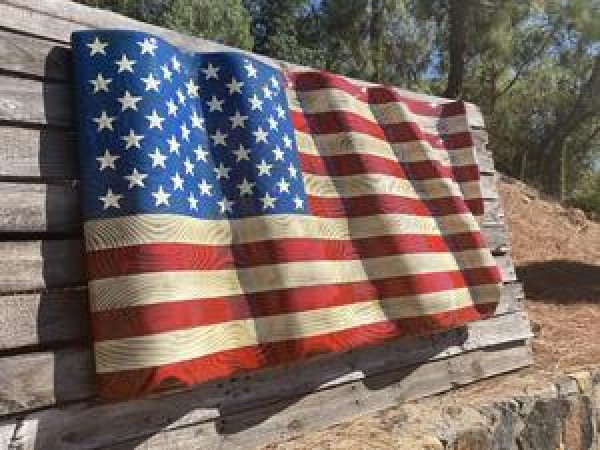 I'd love to tell you the rest is history, but the truth is James and Ginger's flag business might be history, that is if Big Tech warlords get their way. They are trying to crush James and Ginger and their patriotic Stars & Stripes enterprise, just because they are conservatives and Trump supporters.

CFAL explained why they're defending the founder and proprietor of Your American Flag Store: "This past January, PayPal decided to demonetize James and his business by freezing revenue due him. In total, PayPal is holding more than $35,000 of James' money. Now, James finds himself in an impossible situation – unable to fulfill orders because PayPal is freezing, rather than transferring, funds from James' customers to James.

"At the same time Facebook blocked James from running advertisements on Facebook. And if that wasn't enough, Shopify removed specific flags from the Your American Flag Store's website including the state flag of Texas and an American flag featuring President Trump."

You may be wondering why Big Tech is doing this.

James asked and was told that the products he sells go against "community standards."

Can you believe that? The American flag and the state flag of Texas are now against "community standards." What am I missing?

This is unacceptable and ludicrous. That is why CFAL is fighting back and demanding that PayPal unfreeze and transfer to James 100% of the funds owed him. If PayPal does not comply, CAL is threatening legal action. Read the demand letter sent to PayPal here.

I encourage my column readers to consider supporting James and the Center for American Liberty in fighting for truth, justice and Old Glory. I also would encourage you to check out James' patriotic works of art on his online store, Your American Flag Store (youramericanflag.com).

In commemorating Flag Day this week, it's a perfect time to stand up and recall a little of Old Glory's history.

When the American Revolution broke out in 1775, the colonists weren't fighting united under a single flag. Instead, most regiments participating in the war for independence against the British fought under their own flags. In June of 1775, the Second Continental Congress met in Philadelphia to create the Continental Army – a unified colonial fighting force – with the hopes of more organized battle against its colonial oppressors. This led to the creation of what was, essentially, the first "American" flag, the Continental Colors.

For some, this flag, which was comprised of 13 red and white alternating stripes and a Union Jack in the corner, was too similar to that of the British. George Washington soon realized that flying a flag that was even remotely close to the British flag was not a great confidence-builder for the revolutionary effort, so he turned his efforts towards creating a new symbol of freedom for the soon-to-be fledgling nation.

On June 14, 1777, the Second Continental Congress took a break from writing the Articles of Confederation and passed a resolution stating that "the flag of the United States be 13 stripes, alternate red and white," and that "the union be 13 stars, white in a blue field, representing a new constellation."

Over 100 years later, in 1916, President Woodrow Wilson marked the anniversary of that decree by officially establishing June 14 as Flag Day. As you celebrate the Stars and Stripes, share with your family these 13 fascinating facts about its creation and history.

President Theodore Roosevelt said it best in 1907 when speaking to immigrants: "There can be no divided allegiance here. Any man who says he is an American, but something else also, isn't an American at all. We have room for but one flag, the American flag."

I also agree wholeheartedly with U.S. Army Specialist Jen Elliot, an injured veteran from the war in Afghanistan who was told in 2013 she couldn't fly an American flag at her apartment in Sacramento, California. She retorted, "We live in America. Why shouldn't we fly our flag proudly?"

And what about those who oppose Old Glory's pledging or posting?

Take your orders and never forget the words of Gen. Douglas MacArthur: "I see that the old flagpole still stands. Have our troops hoist the colors to its peak, and let no enemy ever haul them down." 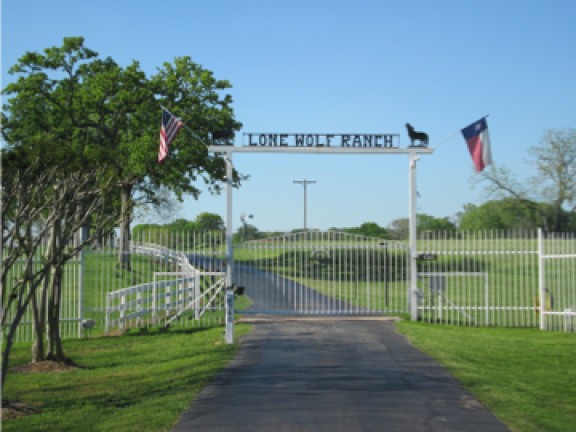 Our Texas Ranch entrance with the American and Texas flags flying high!