The Marxist-based Critical Race Theory, which divides the world between the oppressors and the oppressed, may infringe on constitutional rights and even violate civil rights laws, warned Carol Swain, a former political science professor and vice chairman for President Trump's 1776 Commission.

The primary tenet of CRT is that "all white people are considered oppressors who benefit from undeserved advantages," she told the Epoch Times in an interview on EpochTV's "Crossroads" program.

"The demonization of one group of people because of the color of their skin is something that is discriminatory," said Swain, who taught at Princeton and Vanderbilt universities.

She argued that the Civil Rights Act of 1964 protects everyone, including white people, from discrimination on the basis of race, color, national origin, religion and disability.

"We’re not a country where it's acceptable to bully and shame people because of the color of their skin," she said.

In addition, the Equal Protection Clause of the 14th Amendment guarantees certain protections to all people, even non-citizens. So, if any public institution, including a university, moves to restrict people’s speech or behavior, it could be a First Amendment violation, Swain said. 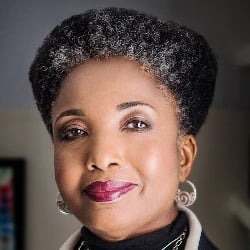 Private schools can be held to account other bases, such as rights guaranteed in the student handbook.

"I think America has been so important to the world, that the true history of its founding, as well as the mistakes that were made and just how we address those mistakes, are things that enrich people," she said. "And it is something that should not be hidden, and certainly not something that would be a cause of shame."

Swain said the "true story of America is a story of blacks and whites working together to overcome that tragic part of our history."

In February, Swain warned that having already "destroyed" higher education, the political left is ramping up its effort to fundamentally transform K-12 schooling, teaching children that anything associated with Western Civilization is dangerous.

'Those that benefit by racism'

In her interview with the Epoch Times, Swain noted that after the end of slavery, "it was white philanthropy that set up schools across the South, that set up those historically black colleges and universities, and trillions of dollars have been donated since the end of slavery to try to address the past and present effects of slavery."

Swain pointed out she was born during the time of "systemic racism" in the segregated South. But she witnessed the collapse of institutional racism and benefited from the new opportunities created for blacks.

"My love of country came about because when I was in school, we were taught civics and patriotism. And I felt like I lived in the greatest nation in the world," Swain said.

Before the election of Barack Obama, she said, racism was waning in the United States, which was portrayed by establishment media as a post-racial society.

"I think that because we were making so much progress, the political left and those that benefit by racism and keeping us divided ... they had to act," she said.

Swain warned that if CRT is allowed to advance and reshape the way American society functions, state-sanctioned discrimination will destroy the nation from within.

In April, as WND reported, the Biden administration proposed offering grants for K-12 history classes that teach Critical Race Theory and the "1619 Project," the New York Times series that contends the United States was founded on slavery, regarding it as the defining characteristic of the American experience.