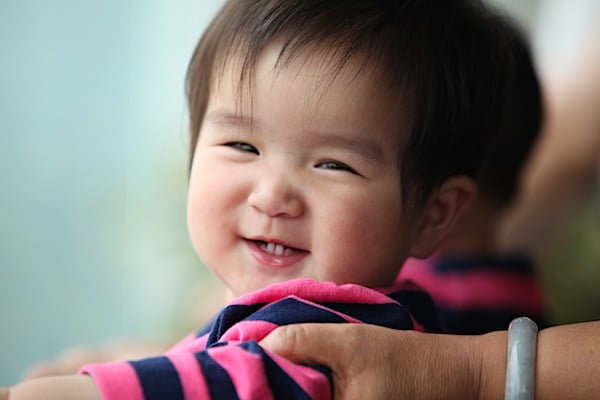 According to Global Times, a Chinese Communist Party-affiliated news site, China has altered its population control program by telling couples they are now allowed to give birth to three children, as the country faces the challenges of an aging population, an impending economic crisis, and a heavily-skewed male to female ratio.

“China’s move from a two-child policy to a three-child policy is nothing to celebrate,” said Reggie Littlejohn, Founder and President of Women’s Rights Without Frontiers. “China should abolish all coercive population control. It is not the business of the Chinese Communist Party (CCP) to ‘allow’ couples, or single women, to have children of whatever number.

"A three-child policy keeps the ‘womb police’ in business. They will still be tracking women's fertility and birth, and punishing those who find themselves 'illegally pregnant.'"

Littlejohn added that a 2020 Radio Asia report found that an average of eight million “extra” babies are aborted in China every year. The new policy, she pointed out, only applies to couples, which means single women who become pregnant will still be forced to abort their babies, and any couple who becomes pregnant with a fourth child will also be forced to abort. “These gross violations of women’s rights and human rights must be stopped, effective immediately,” she said.

Feng Jianmei, a Chinese woman forced into an abortion at seven months pregnant.

In 2020, China announced a five-year plan that included a proposal to encourage more Chinese women to have children; however, that plan includes eugenics-based goals. As Live Action News previously reported, one goal is to “optimize its birth policy” in order to “improve the quality of the population.” This means only certain women will be allowed to have more children in order to increase the country’s dominant ethnic group — the Han Chinese — while reducing the population of minorities such as the Uighur Muslims.

Xinjiang hospitals have been exposed for committing late-term abortions and infanticide on children of Uighur women on a continuous basis. “Every hospital had a family-planning unit that was responsible for implementation — who had how many kids, when they’d given birth to them — they tracked all of this,” an OB/GYN who worked in the region for 15 years said. “The regulations were so strict: there had to be three or four years between children. There were babies born at nine months who we killed after inducing labor. They did that in the maternity wards, because those were the orders.”

China has also been holding one million Uighur Muslims in concentration camps since 2017, and forcibly carrying out sterilizations and abortions. Gulnar Omirzakh is one survivor, and she spoke to the Associated Press about her experience. She said that after having her third child, she was ordered to have an intrauterine birth control device inserted and to pay a $2,685 fine. If she did not comply, she was told she would be imprisoned.

“God bequeaths children on you. To prevent people from having children is wrong,” Omirzakh told the AP. “They want to destroy us as a people.”

According to Littlejohn, a three-child policy is likely to increase rates of sex-selective abortions on girls due to a preference for male babies, and that most couples do not want to have more than one girl if they have any girls at all.

“Will the three-child policy apply only to Han Chinese, or will it also apply to the Uyghurs and other minorities in Xinjiang / East Turkistan?” Littlejohn asked. “According to a ground-breaking report by the Associated Press: ‘Having too many children is a major reason people are sent to detention camps, the AP found, with the parents of three or more ripped away from their families unless they can pay huge fines. Police raid homes, terrifying parents as they search for hidden children.'”

The new three-child policy is not an improvement, and it does not signal an end to China’s horrific human rights abuses. Forced birth control, sterilizations, and abortions will continue to be inflicted on the women of China as the Chinese Communist government refuses to allow families, women, and children their basic human rights.

WND News Services
These reports are produced by another news agency, and the editors of WND believe you'll find it of interest.
'A person with a vulva': New sex-ed curriculum includes trans books for kindergartners
U.S. shells out largest ever military-aid package for Ukraine
'No questions asked': Trans activist dishes out hormones to kids for free
Mom sues Facebook for 'harming her 7-year-old daughter,' but there might be a problem
'Pull out all the stops': Activists push Biden to take harder pro-abortion stance
See more...