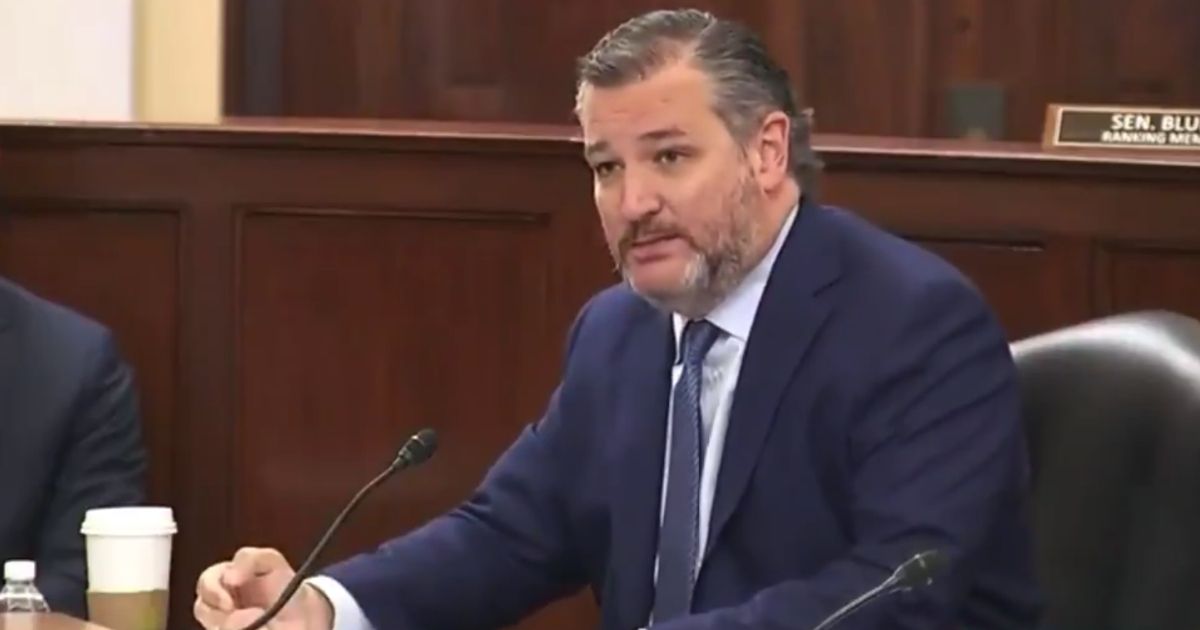 Sen. Ted Cruz grilled the president of the NCAA Wednesday over the non-profit’s threats to pull out of states that do not allow transgender students to participate in girl’s sports.

The Texas Republican said during a Senate committee hearing that he is concerned about “just how political the NCAA has gotten” on the question of biological men in women’s sports, quoting an NCAA statement from April in which the organization expressed its support for transgender students and said that it will only host championships in “an environment that is safe, healthy and free of discrimination.”

“That was a not remotely subtle threat for the NCAA to target and boycott any states where legislatures are acting to protect girls, sports and women’s sports,” Cruz said. “It used to not be controversial to observe that there are biological differences between boys and girls, and when it comes to athletics, there are, can be significant physical advantages for those who are born biologically male in terms of strength and size.”

Sen. Ted Cruz to NCAA President Mark Emmert: “It used to not be controversial to observe that there are biological differences between boys and girls…. There can be significant physical advantages for those who are born biologically male in terms of strength and size…” pic.twitter.com/UpTmCJIocr

“Why does the NCAA think it is fair to girls or to women competing in sports to expect them to compete against individuals who were born biologically male?,” he asked. “And is the NCAA concerned about some of the results we’re seeing, for example, Connecticut high school track where biological males are setting record after record after record and girls track and winning the championships?”

“Is that fair to the girls and to the women who had been competing in the sports?,” Cruz asked.

NCAA President Mark Emmert responded that the organization has worked hard to avoid politicizing the issue, noting that about 10 years ago the non-profit adopted a policy that attempts to “strike the balance between both an inclusive position allowing student athletes to have an opportunity to participate, but also strikes the balance with fairness, much in agreement with what you were just saying, trying to find the fairest playing field for competition.”

The NCAA arrived at the conclusion that transgender student athletes may compete only after they’ve been under the care of a doctor for no less than a year and have lowered their testosterone levels to be the “functional equivalent of a woman,” Emmert said. Emmert also said that in the case of the Connecticut athletes, he does not think those trans athletes would have been permitted to compete in NCAA championships.

“We’re also monitoring very closely and indeed working with the IOC around some of the research you cited so that we can modify as need be our policies recognizing differences on a sport by sport basis,” he said. “The IOC right now has instructed all the sport federations to look at extant research and other research that may need to be done to find out whether or not there can be fair competitions in individual sports because they utilize different muscle mass and strength skills.”

“So we’ve been constantly trying to stay abreast of the science and make sure that we’re striking a balance where we don’t put women athletes at a disadvantage while still trying to provide an inclusive environment,” he said.