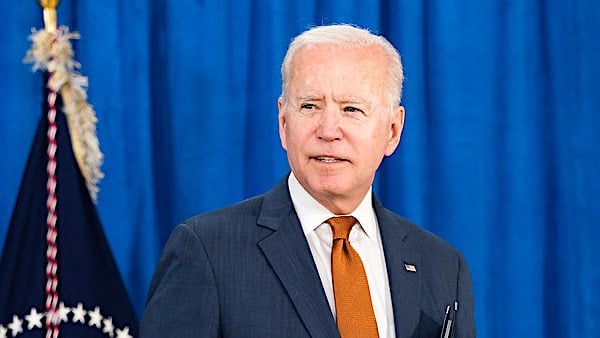 President Biden's new payments for children, beginning in just a week when July starts, will hurt the economy by providing "free money" to single parents, discouraging them from working and getting married, according to U.S. Sen. Marco Rubio, R-Fla.

"And as we saw with unemployment benefits, the American people know the culturally destructive influence of paying people not to work and how it can derail an economic recovery, just as it did during the Obama years," he wrote.

Rubio wrote in a commentary at Real Clear Politics that the new "handouts" "will take away the incentives for single parents to work and get married. It will go to parents with histories of crime or substance abuse, with no questions asked or help provided."

He said the reasons for the "Biden economy," which features "soaring consumer prices and stubbornly high unemployment" were predictable.

"For months, I have warned that President Biden’s gigantic American Rescue Plan included needless government stimulus that would have devastating ripple effects."

He said one problem was extended federal unemployment benefits that pay people not to work.

But also a concern is "Biden's so-called child 'allowance' program."

"For the next six months, the Child Tax Credit, claimed by working families every year at tax time to keep more of their hard-earned money, will be transformed into an anti-work welfare check. Parents will receive monthly payments of $300 per child under 6 and $250 per child age 7 to 17. By next tax season, some households with no working adults will receive more than $10,000 in these payments. No work required. Just free money on top of America’s existing safety net," he said.

He pointed out that even Obama administration economists were concerned by Biden's Rescue Plan because it was too big.

"Former Council of Economic Advisers chair Jason Furman warned that the Biden stimulus was 'definitely too big for the moment," he said.

He said Democrats used to think that a goal of welfare should be to encourage work and marriage rather than dependency, but they've "apparently abandoned that guiding principle."