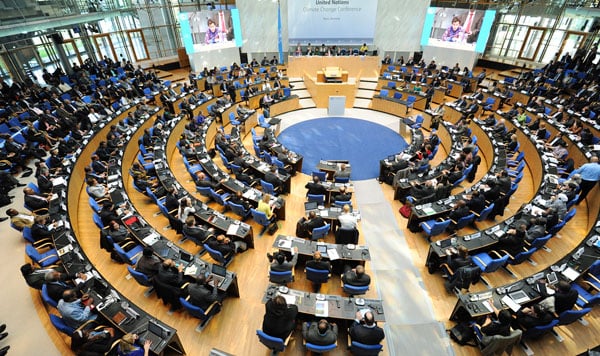 The nations of the world must immediately dismantle "systemic racism" against blacks and pay them reparations while granting government funding and support to groups such as Black Lives Matter, declared the United Nations human-rights chief.

In her 23-page report, Michelle Bachelet, the U.N. high commissioner for human rights, said "the status quo is untenable."

"Systemic racism needs a systemic response. There needs to be a comprehensive rather than a piecemeal approach to dismantling systems entrenched in centuries of discrimination and violence," she said.

"We need a transformative approach that tackles the interconnected areas that drive racism, and lead to repeated, wholly avoidable, tragedies like the death of George Floyd,"

The problem with her assessment of Floyd's death in police custody is that the state's top prosecutor, Attorney General Keith Ellison, concluded there was no evidence that race played a role.

The U.N. report proposes a four-point agenda for "racial justice" and "equality," urging that it be implemented immediately.

Funding for groups such as Black Lives Matter is a starting point to address an issue of virtually limitless scope.

There is a "long-overdue need to confront the legacies of enslavement, the transatlantic trade in enslaved Africans and colonialism, and to seek reparatory justice," the report says.

The conclusions were drawn from a U.N. study based on interviews with experts and more than 340 people mostly of African descent. In addition, there were more than 100 contributions in writing, including from governments.

“We could not find a single example of a state that has fully reckoned with the past or comprehensively accounted for the impacts of the lives of people of African descent today," said Mona Rishmawi, the head of a non-discrimination unit for the human rights office.

She said at a news conference that the "message, therefore, is that this situation is untenable."

Compensation is warranted, she said, at the "collective and the individual leve."

The UN human rights chief urged nations to root out systemic racism against people of African descent on Monday, as she released a report calling for measures to dismantle discrimination and for sweeping changes to policing, as well as reparations. https://t.co/2XlYRblTlA pic.twitter.com/uLQZ6n0tba