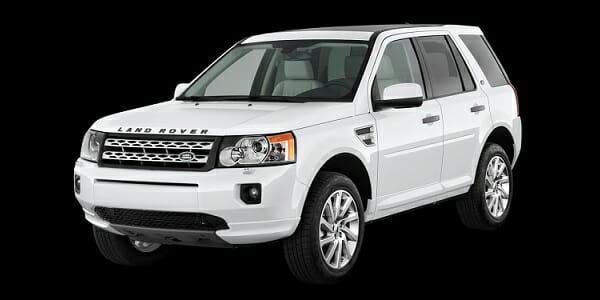 It's taken countless hearings before district court judges, three trips to the state Supreme Court and one excursion into the rarified atmosphere of the U.S. Supreme Court but a ruling now has been issued that Tyson Timbs will be allowed to keep the white Land Rover he "lost" to a forfeiture action almost eight years ago when he was caught in a minor drug deal.

"Reminiscent of Captain Ahab’s chase of the white whale Moby Dick," said the Indiana Supreme Court in its ruling for Timbs, "this case has wound its way from the trial court all the way to the United States Supreme Court and back again."

The result of the final review is that, "Timbs met his high burden to show that the harshness of his Land Rover’s forfeiture was grossly disproportionate to the gravity of the underlying dealing offense and his culpability for the vehicle’s misuse."

WND has reported on the case multiple times, and a year ago reported that a state court in Indiana had followed on the U.S. Supreme Court's decision that the Eighth Amendment's protections against excessive fines applied to the states and decided taking the car was "excessive."

But the state appealed yet again.

Now the state's high court has again ruled that it would be disproportionate to confiscate the vehicle, which was worth $35,000 but now is old, for the offense of selling four grams of heroin to undercover officers.

In a statement through the lawyers who have been working on his case, at the Institute for Justice, Timbs said, "For years, this case has been important not just for me, but for thousands of people who are caught up in forfeiture lawsuits. The state’s refusal to give back my car has never made sense; if they’re trying to rehabilitate me and help me help myself, why do you want to make things harder by taking away the vehicle I need to meet with my probation officer or go to a drug recovery program or go to work? I hope that, finally, the government will move on and let me move on too."

Sam Gedge, an IJ lawyer, said, "As the Indiana Supreme Court correctly recognized, Indiana’s campaign to take Tyson’s car is just the sort of abusive forfeiture that the Excessive Fines Clause is designed to curtail. The state of Indiana has spent nearly a decade trying to confiscate a vehicle from a low-income recovering addict. No one should have to spend eight years fighting the government just to get back their car."

It started when Timbs inherited $70,000 in life-insurance proceeds from his father. He bought a new Land Rover LR2 in 2013 with the money.

But four months later his car was seized when he sold four grams of heroin to undercover officers. Tyson pleaded guilty to drug dealing, served one year on house arrest and paid $1,200 in court fees. Most importantly, his arrest led him to get his life back on track, the IJ said.

The state court's ruling on Monday said, "[T]he seven-plus-year pursuit for the white Land Rover comes to an end."

The lower court judge had noted that the vehicle was the "only asset" for Timbs, and was "a tool essential to maintaining employment, obtaining treatment, and reducing the likelihood that he would ever again commit another criminal offense."

The Indiana Supreme Court originally had ruled in the case that local jurisdictions could ignore the Eighth Amendment's protections, but was reversed by the U.S. Supreme Court.