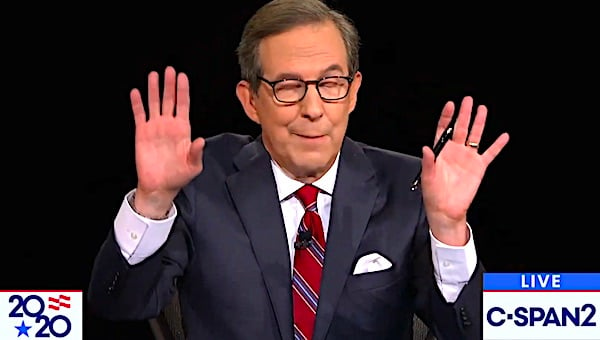 During the COVID-19-beleaguered presidential debates in the 2020 race, moderator Chris Wallace of Fox News was accused by President Trump of being the opponent, not the moderator.

It didn't get a lot better from there.

Now in a letter to the Commission on Presidential Debates, which has run those events during presidential races for years, Republican National Committee Chair Ronna McDaniel has told members to fix the problems – or face the prospect that the RNC will advise future GOP candidates to boycott.

A report from CNN described McDaniel as having "excoriated" the commission in her letter.

"The CPD's repeated missteps and the partisan actions of its board members make clear that the organization no longer provides the fair and impartial forum for presidential debates which the law requires and the American people deserve," McDaniel charged.

"Our sincere hope is that the CPD accepts this criticism and works to correct its mistakes," she said. "If not, the RNC will have no choice but to advise future Republican candidates against participating in CPD-hosted debates, and the RNC will look for other options for its candidates to debate the issues before the American people in a neutral and nonpartisan forum."

CNN said McDaniel explained further, "The Republican Party needs assurances that the CPD will make meaningful reforms to the debate process by working with stakeholders to restore the faith and legitimacy it has lost." 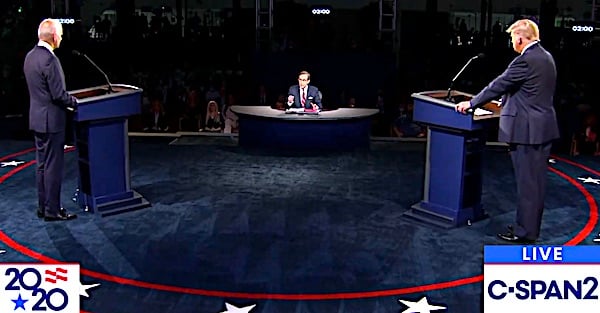 Should Republican presidential candidates boycott debates if the events are created to favor Democrats?
99% (579 Votes)
1% (7 Votes)

The commission had held general election debates since 1988, but itself was the subject of controversy during the 2020 events over what it did.

President Trump accused the commission of picking biased moderators, criticized its arbitrary decision to try to hold one debate virtually, and more.

"The letter from McDaniel walks through Republicans' numerous complaints about the commission, including its decision on when to hold the debates, some of the political leanings of its board members and the selection of C-SPAN's Steve Scully to moderate what would have been the second contest," the report said.

Scully previously had worked for Biden, and he "accidentally" reached out on social media to Anthony Scaramucci, who briefly was a White House communications director for Trump, about the president.

Scully then lied, claiming he had been hacked, which he later conceded was not true.

McDaniel explains to the commission the perception of bias when a "moderator" previously has worked for one of the candidates.

"It should be obvious, for instance, that no person should serve as a moderator who previously worked for one of the candidates," she said.

McDaniel suggested term limits for its board, "prohibiting members from making public comments about any candidates -- and punishing them if they do -- and committing to holding at least one debate before early voting begins," the report said.

The first debate of 2020 was billed as Donald Trump vs. Joe Biden, but not long into the 90-minute event the president acknowledged a second opponent, Wallace.

Another Twitter user wrote, "Chris Wallace owes @realDonaldTrump and the American People an apology after the way he conducted himself tonight!"

Another said, "Chris Wallace personified why the American public at large distrust the media."

Saavedra noted in a Daily Wire piece that Wallace is a registered Democrat and was facing "backlash" for "what was widely deemed as bias."

"One of the issues that Wallace was called out for the most was how he appeared to let Biden interrupt Trump but would jump in to interrupt Trump when Trump would talk over Biden," he wrote.

Fox News co-host Brian Kilmeade tweeted: "Why is @JoeBiden allowed to interrupt? [email protected] is not."

Actor James Woods wrote on Twitter: "Chris Wallace is shamelessly biased. It’s a beautiful demonstration of fake news in action. I’m actually glad it’s happening, because you can see it for yourself."