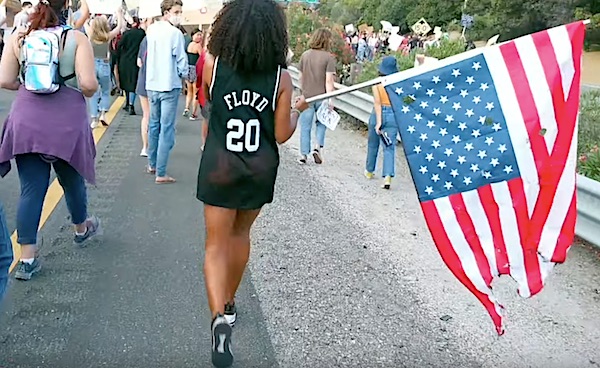 A coalition of several dozen organizations ranging from Free Black Thought and Equal Rights for All-Pac to Eagle Forum of California and the U.S. Asian Art & Culture Association has released a statement condemning Critical Race Theory.

That's the ideology that puts race at the center of everything and concludes all whites are racist and guilty and all minorities are victims.

"Our deep dive into critical race training and its frightening prevalence in every cultural venue has led us to many other people and groups working in their sphere to push back against this outright Marxist, divisive, and racist theory," said Legal Insurrection. "We are proud to join a coalition of 24 other organizations also working to expose and push back against CRT."

The statement points out the 25 organizations are from vastly different racial, ethnic and political backgrounds, but all are committed to equal rights, equal citizenship, individual merit and liberty and stand "against the divisive invasion of critical race theory in every aspect of our public life."

Their statement notes CRT is a "contested and explicitly political theory" that looks at everything through the prism of race.

"While CRT, with its academic sub-variants and derivatives, should be judged as a scholarly subject of inquiry, it has increasingly become a monolithic dogma that informs broader cultural and political trends attempting to reshape and reengineer our society toward illiberal group think, equal outcomes, and collectivism," they explain.

Its "pleasant-sounding derivatives – diversity, equity and inclusion, anti-racism, racial sensitivity, racial healing, critical pedagogy, critical awareness, social emotional learning and so on, are underlined by a common thread of placing race, racism, and racial struggles at the center of our national dialogue and public institutions."

But that "paints a grim, inaccurate, and discordant picture of our history and present, challenging the very foundations of the liberal order, distorting our basic virtues of equality and merit, and purporting to dismantle free markets," the statement explains. And it results in "perverse discrimination, disempowerment and victimhood by virtue of race."

While education in American should include the facts of slavery and racism, "we strongly oppose attempts to use race as a wedge to divide Americans and denigrate our great country. In this spirit, we stand firmly against CRT and its egregious manifestations in our schools, workplaces, and governments."

At CriticalRace.org the concept is defined as an "outgrowth" of Marxism and it's unlike the civil rights movement because it claims that "American social life, political structures, and economic systems are founded upon race, which (in their view) is a social construct."

It explains, "Systemic racism, in the eyes of critical race theorists, stems from the dominance of race in American life. Critical race theorists and anti-racist advocates argue that, because race is a predominant part of American life, racism itself has become internalized into the American conscious. It is because of this, they argue, that there have been significantly different legal and economic outcomes between different racial groups."

The result is a a demand for "identity politics" such as Black Lives Matter.

"For the political identitarians, simply not being racist is not sufficient," the site reports. "Self-avowed anti-racists are not only expected to push for equity (i.e. the equality of outcome) in the broader society, but are also asked to find racism in daily life."

The agenda manifests itself, the site reports, through demands for equity "scorecards" for school admissions, training faculty to believe they are biased and racist, changing codes of conduct to ban "hate speech," funding programs that focus on "anti-racism," replacing campus police officers with "mental health workers" and renaming "offensive" buildings.