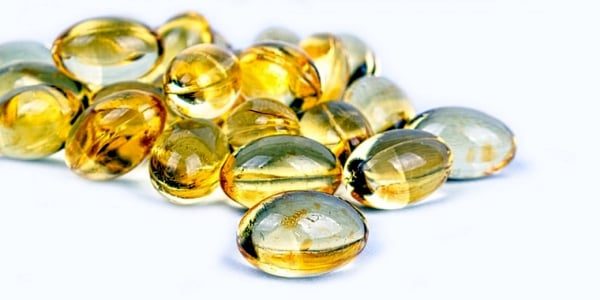 When Jonas Salk developed one of the first polio vaccines, he based the vaccine on a “killed” or deactivated virus as opposed to a live one. That innovative approach bucked the conventional wisdom of the time — and countless people have undoubtedly benefited from it.

Today, we yet again have the opportunity to receive untold benefits from the bold work of scientific trailblazers in our ongoing fight against COVID-19 — if government gets out of the way.

Hungarian-born scientist Katalin “Kati” Kariko has spent her career working on the idea that messenger RNA (mRNA) could direct cells to generate their own therapies and vaccines — the underlying scientific basis of both Pfizer-BioNTech and Moderna’s COVID vaccines. Her pioneering approach could change the trajectory of disease and illness for an untold number of future patients in a wide array of disease areas, such as cancer, stroke, and influenza. But much of the impact of Dr. Kariko’s work, while revolutionary, threatens to be stalled by government barricades to medical innovation.

The U.S. drug approval system blocks Americans from potentially lifesaving medicines and treatments until those treatments receive final approval from the U.S. Food and Drug Administration (FDA). It takes an average of 14 years and $1.4 billion for a single drug to make its way through the clinical trial process and obtain FDA approval.

Meanwhile, we know that more than half a million patients will die of cancer alone this year — most without access to the 700 new treatments already under consideration. Countless more will suffer and die from terminal illnesses that have no FDA-approved cure, including amyotrophic lateral sclerosis (ALS, or Lou Gehrig’s disease), Duchenne muscular dystrophy, and Alzheimer’s, even though promising treatments are already in the FDA’s pipeline. Dying patients simply do not have that kind of time.

So how do we harness the future of medicine for today’s patients? By putting patients first. Instead of putting government at the center of care decisions, we must put patients, who are under their doctors’ care, there. Too many regulatory obstacles currently stand in the way of patients getting the treatment they need, and when patients don’t receive needed healthcare — not because the treatment doesn’t exist, but because it is stalled in an outdated regulatory system — that’s the very definition of a care system that simply does not work.

We already have the tools to build this truly patient-centric system. For instance, some of the most innovative treatments being developed today are ones that are personalized for the individual patient, using information about that person’s own genes and particular disease. But unfortunately, the United States’ drug approval system often prevents patients from accessing these treatments. As outlined in the Goldwater Institute’s recent blueprint for healthcare reform, we should expand the federal Right to Try law — which helps terminal patients access investigational medicines — so that Americans can access personalized treatments that use information about their own genes and particular conditions.

Additionally, we should open up the lines of communication in medicine, because harnessing 21st-century medicine requires that doctors have fuller knowledge of the range of options they have to deliver the best care. Right now, while it is completely lawful to prescribe a treatment off-label — for a different purpose, population, or dosage than its FDA-approved indication — it’s not legal for manufacturers to talk with doctors about off-label treatments. We ought to remove that government gag rule, so that doctors are better equipped to give patients the most innovative care possible.

Healthcare innovation is occurring at an astonishing pace, and today, we have treatments and cures for diseases that were unimaginable even a decade ago. But these advancements are made possible because of trial and error, allowing for continuous improvement in treatments, coupled with a fertile environment for innovation. Science and technology are not standing in the way of getting cutting-edge treatments to patients; bureaucratic rules and red tape are. Government rules, developed for last century’s treatments, should not stand in the way of reaching the full potential of 21st-century medical advancement.

Naomi Lopez is the Director of Healthcare Policy and a contributor to the Goldwater Institute’s recent blueprint, Putting Patients First: Unleashing Innovation in American Healthcare.

Biden bursts into gibberish yet again after facing an immigration question