You don't think it makes a difference when the Southern Poverty Law Center is the group you hire to police content for your media business?

It does. It really, really does.

And the SPLC, a bona fide extremist, left-wing hate group has that job for probably the most important, pervasive and dominant media enterprise in the U.S. – Google.

How does this translate into action by Google?

Take the extraordinary case of Concordia Publishing House, the book arm of the Lutheran Church-Missouri Synod denomination, in business since 1869. About 120 years later, some young cyberpunks founded Google with the slogan "Don't Be Evil." But evil and arrogant it has become, with no respect for the opinions of others.

TRENDING: Lincoln down the memory hole?

So Google pulled all advertising from the website of Concordia. Why? In the words of Google, Concordia would have to remove objectionable content like a promotion for its vacation Bible school, its own Christian content. So what, you say? Doesn't Google have the right to decide where it advertises and where it doesn't?

Yes, I would say, as long as that standard is not merely contempt for the spiritual and ideological viewpoints of others. And not when your company is so dominant and so intolerant of the responsible views of others that the very kind of speech the First Amendment was written to protect is deliberately and systematically squelched.

WND is a lot like Concordia – a Christian worldview that doesn't quit. You know it. It's no secret. But where does it stop? Google thinks it doesn't stop. They're at war with that worldview.

Do I exaggerate? How much of the advertising market would Google-Facebook have to control before you would say we're reaching the monopolistic crisis point?

It was reached long ago.

I don't think most people outside the internet business understand what Google and Facebook represent. Google is not just the most dominant search engine in the U.S. It does not just have dominant control of advertising on the internet. It also owns the top ad-serving system in the world. It owns the No. 1 television network in the world, YouTube. And it has more information about you than does the National Security Agency.

I speak from personal experience here. Google is starving WND, the original independent online news-gathering enterprise, and driving traffic away from WND, too. Google and Facebook are doing the same to other independent news and opinion sites – all of them, I would say.

Inside the corporate culture of Google, it is simply unacceptable to think differently than Big Brother.

The internet should be the biggest forum of freedom of speech in the world, no? It can't be with the dominance of this cartel.

WND is facing an existential threat right now because of the impact of this digital advertising cartel on its 24-year-old business, one that predates both Google and Facebook. Will we make to 25? I hope so. If you would like to see this plucky news service survive all odds, you've come to the right place.

Support WND – including its ongoing investigations into the Digital Cabal. As the internet's first independent online news outlet, founded back in 1997, WND has been systematically victimized by Google-Facebook through its manipulative algorithms, ad blocks and biased search results. We ask for your prayers and your critical financial support, without which WND will cease to exist.

If you think the internet is under the total control of Big Tech now, it's going to get much worse this year as Google, Facebook, Amazon, Twitter and YouTube (owned by Google) get bigger and bigger.

Thus, there's nowhere else for WND to turn than to direct financial contributions. What we collect in donations for the WND News Center all goes to reporters, editors and contributors – every dime.

That's why we launched Tuesday, June 15, our drive to raise $100,000 by July 15. And with your help, and God's help, we will rise like a phoenix again to help America straighten out this mess.

Please support us with your prayers and by making a generous tax-deductible donation to the WND News Center, the nonprofit, charitable, 501(c)3 sister organization to the for-profit WND. And consider sending a monthly contribution of any amount.

If we go down, soon the independent free press will be a thing of the past, and with it, our uniquely blessed nation. Please make your tax-deductible donations online at the WND News Center website. Or, if you prefer to mail your donation, please make your check out to "WND News Center," write "Farah donation appeal" on the check's memo line and mail it to: WND News Center, P.O. Box 100, 580 E Street, Hawthorne, NV 89415-0100. Thank you very much, and God bless you. 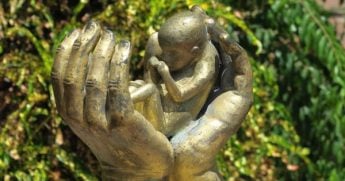 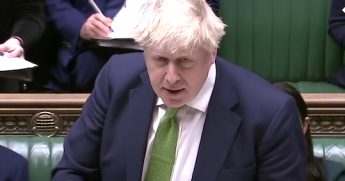