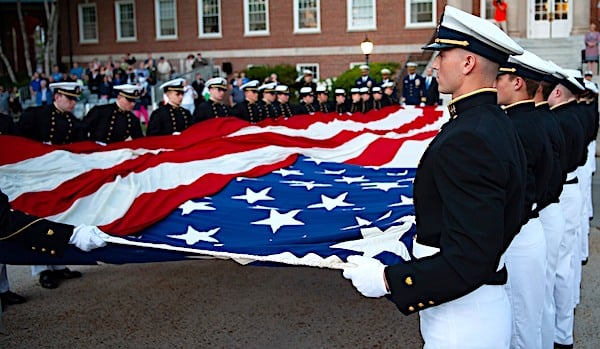 An organization whose name has popped up repeatedly in states and counties where the 2020 presidential election results generated suspicions of fraud, or at least undue influence, is being told by members of Congress to explain its donations.

A letter Monday from a list of GOP members of Congress went to Tiana Epps-Johnson, the chief of the Center for Tech and Civic Life.

That organization took some $350 million from leftist Facebook chief Mark Zuckerberg and in turn handed it out to thousands of election officials across the nation – just as the race between President Trump and challenge Joe Biden was at its peak.

The letter, posted online by the Daily Caller, charged that CTCL handed out that money to 2,500 election officials but seven months later, "the American people have yet to receive a full accounting of exactly how this enormous sum of money was distributed."

The members of Congress say the organization should make public its financial 990 forms right away, "as is your legal obligation."

"The current data available shows that less than one percent of funds were spent on personal protective equipment," even though it was promoted as helping officials to "safely serve" voters.

That suggests Americans deserve to known how the "other 99 percent" was spent.

"Many state and local entities have reported spending your money on expenses as varied and unrelated to COVID-19 as advertising, designing absentee ballots, registering teen voters, automatic voter registration, and even pay raises and new vehicle purchases," the letter said.

It noted one official in Georgia said CTCL was "very lenient" in how the money was spent, with "virtually no restrictions."

"Furthermore, it appears that 92% of CTCL grants were given to overwhelmingly Democrat-leaning precincts," the letter charged.

The suspicions and reactions have been so vehement that, "to date, 12 states have or are planning to introduce legislation to prohibit election officials from accepting private funds."

The Daily Caller noted Tenney added, "I'm calling on CTCL to immediately disclose how these Zuckerbucks were spent and why it deliberately misled the public about their use. Partisan influence operations like this have no place in American elections – they undermine trust in the democratic process and call into question the integrity of elections officials."

WND previously reported the Amistad Project, an election integrity organization that has spent much time since November reviewing the outside and possibly illegal influences on the 2020 president election, had filed a series of complaints in jurisdictions where the "Zuckerbucks" were handed out.

Director Phill Kline said it was a "shadow government" that actually ran the 2020 election in some districts in Wisconsin where the money was delivered.

The allegations are all part of a campaign to uncover what Zuckerberg demanded from cities and counties when he donated those millions.

The Amistad complaints have focused on regions in Wisconsin, which is just one of six battleground states where anomalous practices and results have prompted suspicions of election fraud from the 2020 presidential race. Lawsuits continue in several of the states, even though the results already were certified and Joe Biden moved into the White House.