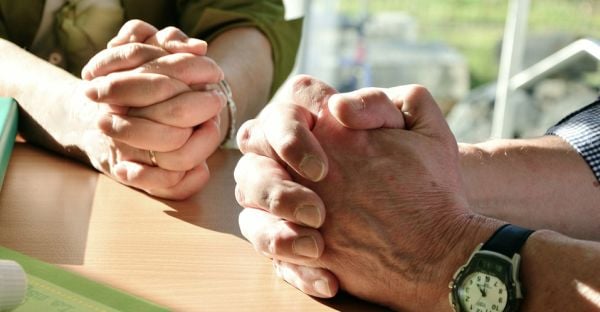 The government in Northern Ireland has been warned it faces a legal fight if it goes ahead with a suggested ban on "prayer" because it is used as part of counseling people with gender dysphoria.

It is the Christian Institute that announced it is threatening to go to court if needed.

In the United Kingdom there has been an issue raised by pro-transgender activists that prayer in churches is sometimes used with people who want to rid themselves of same-sex attractions, therefore they say such prayer is counseling and needs to be banned.

Now the Christian Institute has confirmed it "will not hesitate" to take legal action if the Northern Ireland Executive introduces a ban on "conversion therapy" that includes "the wrong kind of prayer."

The CI explained, "LGBT activists are pushing for a broad ban to criminalize prayer, preaching, pastoral support and even parenting which does not affirm same-sex relationships or a person's chosen gender identity."

But the organization explained a legal opinion from leading human rights QC Jason Coppel says such wide definitions would criminalize the legitimate expression of religious beliefs.

The CI wrote to the Executive's Communities Minister, Deirdre Hargey MLA, warning that a "badly drafted ban 'could inadvertently criminalize those in churches and other faith communities who adhere to traditional beliefs about marriage and gender identity.'"

"Should any proposals from the department infringe upon the everyday church activities outlined within the enclosed opinion our client will not hesitate, where appropriate, to seek a judicial review," the letter said.

Coppel said under U.K. human rights law, it is "unlikely to be proportionate" to implement a ban on the basis that "all those who identify as LGBT are so vulnerable that any questioning of the legitimacy of their lifestyles must be prohibited."

He also said Christian beliefs are protected under Article 9 of the European Convention of Human Rights and that they "must be treated by the state with neutrality and impartiality."

Importantly, he noted, "one of the fundamental facets of freedom of religion or belief is the right of a religion to determine its own beliefs and practices, the legitimacy of which should not be questioned by the state."

"Protecting people from dangerous medical practices is one thing but banning preaching, prayer and pastoral care is quite different. It would be as tyrannical as it would be unworkable. It is not up to the police, prosecutors or the courts to decide which kinds of prayer are acceptable," said Ciaran Kelly, of the Christian Institute.

"Jason Coppel's advice is quite clear. Christian beliefs on sexuality are protected by human rights law. They may not be fashionable but that doesn't mean you can outlaw them. It is shocking to see activists trying to weaponize a 'harm' narrative to justify oppressing biblically faithful churches."

Bob Unruh
Bob Unruh joined WND in 2006 after nearly three decades with the Associated Press, as well as several Upper Midwest newspapers, where he covered everything from legislative battles and sports to tornadoes and homicidal survivalists. He is also a photographer whose scenic work has been used commercially.
Democrat students who borrowed money on Biden's promises ready to walk away
Report: 40 abortion businesses stop taking appointments
Now gun bans could be based on your IDEOLOGY!
Abortionists will be prosecuted in my state, governor pledges
Mike Huckabee warns 'specter haunting' U.S. threatening 'to destroy American normalcy'
See more...