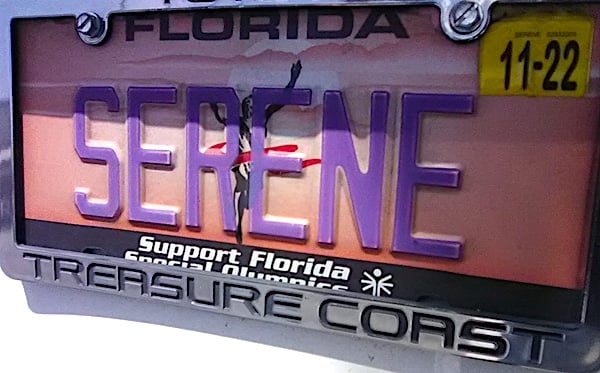 HB 529, which goes into effect July 1, requires Florida schools to hold a daily moment of silence of one to two minutes, the bill states. The bill requires public-school principals to direct first-period teachers to institute moments of silence.

“The idea that you can just push God out of every institution and be successful, I’m sorry, our Founding Fathers did not believe that,” DeSantis said in a speech at a Jewish community center called the Shul of Bal Harbour before signing the bill.

Republican state Sen. Dennis Baxley defended the bill during a Senate floor debate in April by saying the bill will give school children a silent moment to reflect, according to Fox 35.

Democratic state Rep. Omari Hardy voted against the bill and accused the sponsors of pushing prayer in public schools.

“The Republican who sponsored the bill said that it wasn’t about prayer in school. (Of course it was!) But when you question their motives, or their honesty, it’s called a personal attack & deemed out of order. No. The Republicans lie, and we need to call them on it every time,” Hardy said in a tweet Monday.

Students praying at school has been a controversial topic across the country. A prayer room in Texas at Liberty High School in March 2017 raised legal concerns that it may violate student’s First Amendment protection of religious liberty. Andrew Leonie, Deputy Attorney General, sent a letter to Superintendent Jeremy Lyons, writing that the school’s policy should be neutral toward religion.

A Wyoming school in December 2015 had to reverse a ban that told students they couldn’t pray in the cafeteria after a Christian legal group threatened legal action on constitutional grounds. Glendo High School received a letter from the Alliance Defending Freedom, a Christian legal group, which threatened to take legal action if the district continued to ban the students from praying.

WND News Services
These reports are produced by another news agency, and the editors of WND believe you'll find it of interest.
'Sports appeal, not sex appeal': Olympics to stop airing sexual images of female athletes
86 fires surge across U.S., burning more than a million acres
France warned U.S. about China's Wuhan lab when it got kicked out
'Sure as hell not about science': Fauci says new mask mandates 'under active consideration'
'Jerry Maguire' star now protects American Jews as a 'Shabbat Angel'
See more...