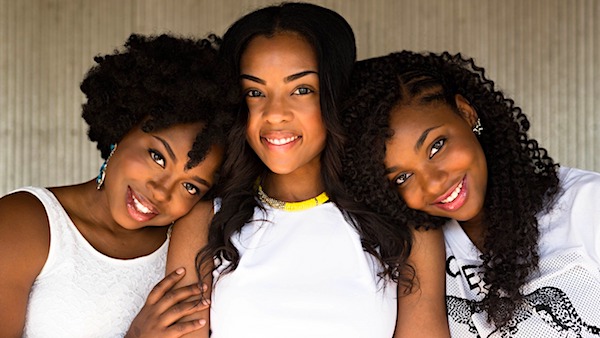 A new report from The Federalist blames Harvard for the ascendance of Critical Race Theory.

That's the concept that claims race is a "socially constructed category used to oppress and exploit people of color." Supporters claim all of the institutions of the U.S. essentially are racist.

Britannica says it was officially organized in 1989 at a workshop, but its origins date to the 1960s and 1970s.

And the definition provides that it came out of critical legal studies, which itself is an "offshoot of Marxist critical theory."

Now the report at the Federalist says it's the fault of Harvard.

Kenny Xu is a D.C.-based journalist focusing on identity politics, and the author of the upcoming book, "An Inconvenient Minority: The Ivy League Admissions Cases and the Attack on Asian-American Excellence," noted in the report that state legislatures already are beginning to ban it from public schools.

"Plenty of writers have explained the main tenets of the theory, some in great detail. But where did it come from? How did an obscure academic theory come to dominate the national political conversation in only a few years?" he wrote. "The answer to these questions lies in the origins of the theory. Critical race theory emerged from one of America’s foremost institutions: Harvard University. Tracing the history of critical race theory reveals just how intimately connected it is with America’s most prestigious university."

He reported that a group of Ivy League law professors including Harvard Law's Derrick Bell, Roberto Unger, Duncan Kennedy and Morton Horwitz created the "critical legal studies" in the wake of the Civil Rights Act of 1964.

They drew their work from "Italian Marxist philosopher Antonio Gramsci, who posited a theory of 'cultural hegemony' by the capitalist ruling class," the report said.

"The main tenets of the philosophy included that justice is inherently subjective, the law is nothing but a political tool, and the system will only ever provide good outcomes for the wealthy and privileged. Their proposed solution was to overthrow Western liberal society," the report said.

Bell authored "Race, Racism, and American Law" to contend the American legal system was implicitly racist and must be removed, the report said.

And he wrote a text to insist critical race theory emerged from the radical movement that developed at Harvard.

Bell later left Harvard and students insisted his replacement be black, even though the university said there were no qualified African-American applicants.

Other discussion participants also moved on, to Los Angeles, to Colorado and to Alabama, and the framework of the ideas was "disseminated across the country."

But the founders all had links to Harvard, as teachers, students or as visitors.

"Why is this important? Because we have to note that critical race theory is the brainchild not of grassroots upswell, but Northeastern managerial elites. Critical race theory gained steam at Harvard Law, and married into the managerial attitudes of its neighbor Harvard Business School, which sought to eliminate inefficiencies in human relations by grouping and managing," the report said.

It continued, "Managerialism at Harvard preached 'a largely anonymous ‘technostructure’ of business leaders [that] could dictate to consumers what to buy and, implicitly, how to live.' The politically entrepreneurial critical race theorists combined that with grouping people by race and formed the basis of a managerial racialism that grouped people into privileged and oppressed classes, each with specific actions of racial solidarity or repentance to perform."

The report warned Harvard's dissemination of the "toxic critical race theory ideology" now is threatening its reputation as a center of excellent.

"Ideas have consequences. Critical race theory is an idea with a demonstrated ability to cause racial disunity and discrimination. From teaching white children that they’re irredeemably racist to discriminating against Asian Americans in college admissions to force racial equity, critical theory in practice hurts Americans of all skin colors," the report said.

WND previously reported that Os Guinness, an Oxford-education scholar, explained the so-called "cancel culture" and Critical Race Theory are "the fruit" of what has been described as the "long march through the institutions" and "the triumph of cultural Marxism, or neo-Marxism."

"People need to understand it," he said. "Because while people are facing this, that and the other in schools, no national leader has set out to explain how this has happened and what it means."

He said its foundations are even older.

He said the ideas date back generations, to when revolutionaries turned the Palais Royal in Paris into the Palais Égalité, the Palace of Equality.