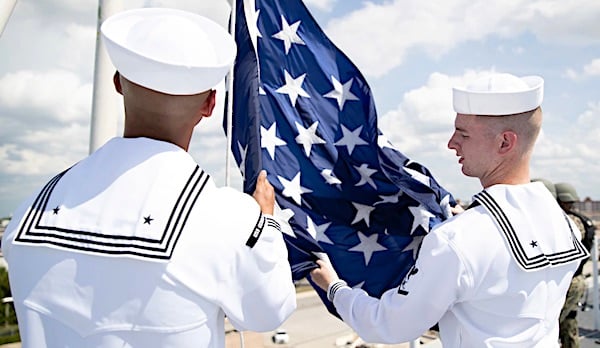 Christian organizations across America still remember vividly the orchestrated attack on their fellows that developed under Barack Obama.

That was when the Internal Revenue Service badgered faith organizations that wanted to operate, and be recognized as a tax-exempt organization under the law. They were badgered, bullied and bludgeoned with unreasonable requests for details, including personal information about participants.

The major tactic was to simply delay, delay, delay, so they could not operate during the 2012 presidential election, during which issues of faith were at hand.

Now there are indications another campaign is beginning. It's because the Internal Revenue Service denied permission for a Texas organization called Christians Engaged to be recognized as tax-exempt.

Word of the problem comes from First Liberty Institute, which is appealing the IRS rejection of the Christians Engaged's request.

"In a letter issued in May, the IRS argued that Christians Engaged was not eligible for 501(c)(3) status in part because '[B]ible teachings are typically affiliated with the [Republican] party and candidates," the legal team explained.

"The IRS states in an official letter that biblical values are exclusively Republican. That might be news to President Biden, who is often described as basing his political ideology on his religious beliefs," charged Lea Patterson, counsel for First Liberty Institute. "Only a politicized IRS could see Americans who pray for their nation, vote in every election, and work to engage others in the political process as a threat. The IRS violated its own regulations in denying tax exempt status because Christians Engaged teaches biblical values."

"We just want to encourage more people to vote and participate in the political process. How can anyone be against that?" wondered Christians Engaged President Bunni Pounds.

The organization incorporated in 2019 as a nonprofit in the state of Texas, with its goals "exclusively for charitable, religious, educational, or scientific purposes."

It provides nonpartisan religious and civic education, focusing on encouraging and educating Christians to be civically engaged as a part of their religious practice.

The group applied for tax exempt status in late 2019 and just weeks ago, IRS Exempt Organizations Director Stephen A. Martin rejected the request.

He contended "Christians Engaged 'engage[s] in prohibited political campaign intervention' and 'operate[s] for a substantial non-exempt private purpose and for the private interests of the [Republican] party,'" the institute reported.

First Liberty responded, in its appeal, "By finding that Christians Engaged does not meet the operational test, Director Martin errs in three ways: 1) he invents a nonexistent requirement that exempt organizations be neutral on public policy issues; 2) he incorrectly concludes that Christians Engaged primarily serves private, nonexempt purposes rather than public, exempt purposes because he thinks its beliefs overlap with the Republican Party’s policy positions; and 3) he violates the First Amendment’s Free Speech, and Free Exercise, and Establishment clauses by engaging in both viewpoint discrimination and religious discrimination."

The First Liberty appeal points out that "none of Christians Engaged's activities involve supporting or opposing political parties, candidates, or legislation."

Martin, in fact, charged, "You educate Christians on what the bible (sic) says in areas where they can be instrumental including the areas of sanctity of life, the definition of marriage, biblical justice, freedom of speech, defense, and borders and immigration, U.S. and Israel relations. The bible (sic) teachings are typically affiliated with the D party and candidates."

Martin's letter explains that when he refers to the "D" party he is referring to the Republican party.

He also criticizes the group for the fact its leaders previously were active in various Republican events, and provide leadership for other Christian organizations, such as Promise Keepers.

It continued, "Martin deems Christians Engaged's purpose not educational because he evidently associates biblical positions on national issue with Republicans, not because of the methodology Christians Engaged employs. This directly contradicts the IRS's procedure and regulations."

Thus, the organization charges, Martin's denial of the application "discriminates against its viewpoint in violation of the First Amendment. … Likewise, Director Martin's discrimination against particular religions – here, all religions whose beliefs are grounded in the Bible – violates the Establishment Clause and the Free Exercise Clause of the U.S. Constitution."