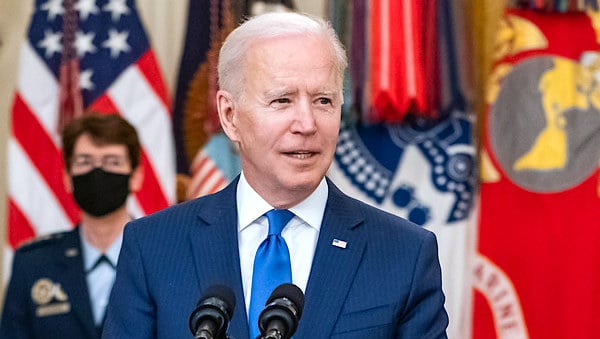 Paula and Joey Reed said the Russian government is holding their son as a political “pawn,” CNN reported. Trevor Reed, who has maintained his innocence, has been held captive in Russia since his August 2019 arrest and was recently sentenced to nine years in prison for assaulting Russian police officers.

“He’s being held as a pawn to try and leverage concessions in a political dispute between our two countries in which he has no part, and it’s time to let him come home to Texas,” the parents said in a statement to CNN on Monday.

Before he was sentenced in July 2020, Trevor Reed had criticized the trial saying everything about it was political. He alleged that when he was questioned by Russian law enforcement, he was asked about his military background rather than his alleged assault of police officers.

“This conviction, and a sentence of nine years, for an alleged crime that so obviously did not occur, is ridiculous,” U.S. Ambassador to Russia John Sullivan said in a statement last year. “I cannot even say ‘miscarriage of justice’ because clearly ‘justice’ was not even considered. This was theater of the absurd.”

Reed recently tested positive for coronavirus in Russian prison, according to a June 7 letter to his family obtained by CNN. He said he had a cough, lung pain, high blood pressure and had lost weight.

“For the last 3 weeks, we have respectfully asked the Russian government to allow Trevor to call us and allow the embassy to visit him to no avail, and we’d like to ask President Putin to let us speak to Trevor, restore his access to send and receive letters and for authorities to be completely transparent about whatever minimal care they provided him,” Reed’s parents said in their statement to CNN.

Blinken and Special Presidential Envoy for Hostage Affairs Roger Carstens met with the families of Reed and other political hostages in February, according to The Oakland Press.

President Joe Biden is scheduled to meet with Vladimir Putin on Wednesday in Geneva, Switzerland.