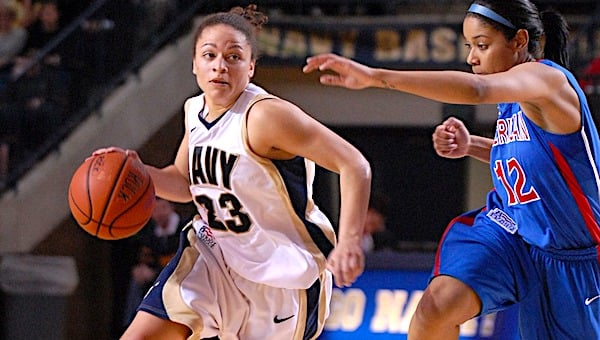 Recently the sports world took note of a remarkable feat: American gymnast Simone Biles became the first woman to complete a Yurchenko double pike in competition. On the one hand, this is clearly something to celebrate. Biles is a rare athlete who stands head and shoulders above her competition. Any time an athlete dominates his or her sport – consider Mike Tyson, Serena Williams, or Michael Jordan – fans and competitors alike take notice.

On the other hand, Biles was not the first person to accomplish this feat. Curiously, it’s not easy to locate a definitive list of men who have completed the maneuver. An email to the office of USA Gymnastics reveals that the uncertainty is not limited to casual observers. A vice president of the organization came up with a short list going back to 2002 but added this caveat: “There may have been others, but I’m not sure of who or when.”

This leads us to an interesting fork in the logical road. Either men and women are fundamentally different – and therefore what Simone Biles achieved is a significant advance in women’s gymnastics – or men and women are physically interchangeable, and the media’s fawning reports are the arbitrary celebration of one athlete who happens to identify as a “woman.”

For most of human history, the notion that men and women are biologically different in ways that matter, and that biological sex and gender are not separable, were truths that virtually everyone accepted as blatantly obvious. In recent years, though, gender has been separated from biological sex and transformed to a psychological state that expresses one’s authentic self. If a person’s biology and gender match, he or she is “cisgender.” But because gender is merely a psychological state rather than a biological fact, gender may not match biology. When biology and gender don’t match, a person is said to be “transgender” or “genderqueer.” Hormone therapy and reconstructive surgery have made possible the radical alteration of bodies in an attempt to coerce biology to agree with psychology.

Despite the cheers from most of the media and awards for courage, the damage extends to far more than individual bodies. One of the most significant harms is to girls’ and women’s sports. Consider the case of Chelsea Mitchell (no relation). On May 22, USA Today published an opinion piece by Mitchell titled “I was the Fastest Girl in Connecticut. But Transgender Athletes Made it an Unfair Fight.” She noted: “I’ve lost four women’s state championship titles, two all-New England awards, and numerous other spots on the podium to male runners. I was bumped to third place in the 55-meter dash in 2019, behind two male runners. With every loss, it gets harder and harder to try again.”

Sour grapes? Perhaps Mitchell is just a poor loser who needs to work harder rather than hire an attorney. If men and women are interchangeable – if psychology trumps biology – then that is clearly the appropriate rejoinder. But if we take that path, we need to follow it to its logical end: the existence of biologically male and biologically female sports teams is an antiquated holdover from a now-discredited “age of sexual binaries.” We have apparently been perpetuating outdated gender roles by countenancing sports programs divided by sex. If men and women can interchangeably compete on teams quaintly designated “men” and “women,” then half of those teams are redundant, at best. At worst, they perpetuate harmful stereotypes.

We can use the WNBA as a case study. By the prevailing logic, biological men should be able to play on women’s teams. They would, to be sure, need to identify as women, but since gender is psychological rather than biological, that hurdle is purely subjective. Of course, the freedom technically works both ways, so women who identify as men should be allowed to play in the NBA. At this point it becomes obvious that the existence of both the NBA and the WNBA is a silly holdover from a less enlightened era. Clearly it is time to merge the two organizations and allow the various players (regardless of their biology or psychology) to compete on a footing rendered truly equal.

But here is where reality pushes hard against the gender-fantasy of our confused age. No biological woman in the WNBA could make an NBA roster, much less earn a starting spot on a team. The possibility of a biological woman securing a spot on the NBA All-Star team is infinitely more remote. The practical result of following the prevailing logic is the disqualification of virtually all women and girls from competitive athletics. Most people rightly balk at such a conclusion, but it seems unavoidable once the logic of the trans movement is embraced.

Interestingly, Caitlyn Jenner, the poster child of trans-positivity and former Olympic gold-medal decathlete, recently declared that transgender girls should not be allowed to compete against biological girls. Why? It’s just not fair. Despite ingenious cosmetic surgeries and an intense desire to alter nature, men and women are, apparently, biologically different.

There is another path that, for most, is still pretty obvious. If we begin with the simple affirmation that biological men and women are different, we can appreciate the different accomplishments of both. We can celebrate the skill and athleticism of Sue Bird and LeBron James, even though they could never legitimately play on the same team. We can cheer when Simone Biles sticks a landing and dominates her sport. In so doing, we affirm the fact of difference and the resulting propriety of sports teams and programs limited to a specific biological sex.

Mark T. Mitchell is Dean of Academic Affairs at Patrick Henry College and the author, most recently, of Power and Purity: The Unholy Marriage that Spawned America’s Social Justice Warriors.