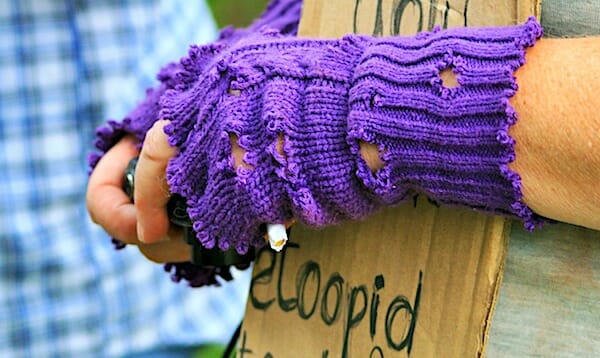 A man who volunteered for a number of organizations to help the homeless find food during the COVID-19 lockdowns has been fined because he was out of his house, "without reason," while helping.

And now officials with Christian Concern have succeeded in getting the British case against Jan Niedojadlo dropped.

The Crown Prosecution Service ultimately decided the prosecution was "not in the public interest."

The 56-year-old Taunton man had been fined £60 ($84) by Avon and Somerset Police in April 2020 for telling homeless people about where they could get food during lockdown and for preaching from the Bible.

The move comes as members of Parliament on the Joint Committee on Human Rights are calling for all 85,000 COVID fines issued during the pandemic to be reviewed, according to the Christian Legal Center, which worked on the case.

Niedojadlo has volunteered for many years for Christian outreach projects in the region. One project, The Lord's Soup Kitchen, was supplying hot meals for the homeless every Sunday afternoon in Taunton from January to April 2020.

Government rules at the time said volunteers were allowed to perform their volunteer work, even though the rest of the population essentially was locked down.

That Saturday, he went to Taunton town center to let people know about sources of help, and he talked with a homeless woman about where she could find help. He also shared a biblical message of hope.

It was a community support officer who first contacted him, then several police officials. He explained what he was doing, and documented his exemption from confinement, but they gave him a ticket anyway.

A witness provided in the case, Martin Parsons, explained that the case possibly revealed a "significant conflict between this aspect of freedom of religion both in terms of how it has been developed in British constitutional history and the interpretation of current Coronavirus regulations by Avon and Somerset Police."

Andrea Williams, chief executive of the Christian Legal Center, said: "Christian preaching and outreach to the most vulnerable on our streets has a long and revered history in this country. For centuries it has played a vital role in meeting communities’ material, emotional and spiritual needs, especially for the homeless.

"This pandemic, and cases such as Jan’s, has exposed how as a society we are forgetting how important the role of the church and Christian outreach is in our communities. All Jan was doing was making the homeless aware of where they could get a warm meal and of the love that Jesus has for them at an especially vulnerable time."