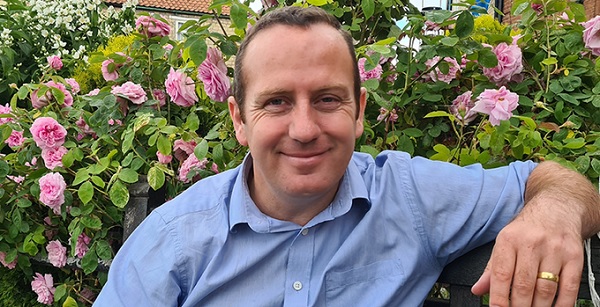 A street preacher in the United Kingdom has won $4,500 in damages from authorities in Huddersfield after they arrested him for a "hate related public order offense," only to discover that he had committed no crime.

The Christian Institute had backed David McConnell, who was preaching in the city's center in December 2019 when he was arrested.

While McConnell was preaching, passersby heckled him with questions about sexuality and abortion, the institute reported, even though he had not been preaching on either subject.

Police then arrested him "for preaching on gay rights and abortion," the report said.

But while McConnell was in jail, a policy sergeant listened to a recording of his preaching "and concluded that no offense had been committed."

He was released without charge, but responded with a claim for damages, and recently the West Yorkshire Police conceded liability and agreed to pay 3,250 pounds sterling, or about $4,500.

McConnell said he didn't blame police for responding, but he believes "they should have asked me for my side of the story instead of just arresting me."

And he said the officers' made some incorrect assumptions that he could have cleared up immediately but they wouldn't even say on which charge they were arresting him.

"Anyone who has ever watched TV knows the police have to tell you what law you’re supposed to have broken but these officers never did," he said. "They just said 'when you get to custody we’ll explain why you are arrested.'"

He continued, "It was a very distressing experience for me. But I’m glad I can put it behind me. I have to say that, when I am preaching now, the police in Huddersfield are very good with me. I’m glad I’m able to continue to share the good news of Jesus Christ."

Simon Calvert, of the Christian Institute, issued a warning that changes need to be made so that such cases are avoided – not repaired after the damage has been done.

"This was a clear breach of Mr. McConnell’s human rights and a failure to follow the laws governing arrest and detention. West Yorkshire did the right thing by admitting liability and the court has issued judgment in favor of Mr. McConnell," he said.

And he said, "This case has re-affirmed the value and importance of free speech. Christian street preachers have got as much legal right to speak in public as anyone else."

The problem is that such cases provide a "chilling" effect on free speech, he suggested.

"Instead of taking their cue on LGBT issues solely from LGBT groups, the police should be getting diversity training from a range of providers. This would remind them that, in a pluralistic and tolerant society, there is room for more than one opinion," he said. "Dissent from the orthodoxies of LGBT groups is not criminal. You can’t have the police acting as enforcers for cancel culture, using the power of the state to silence unfashionable voices."