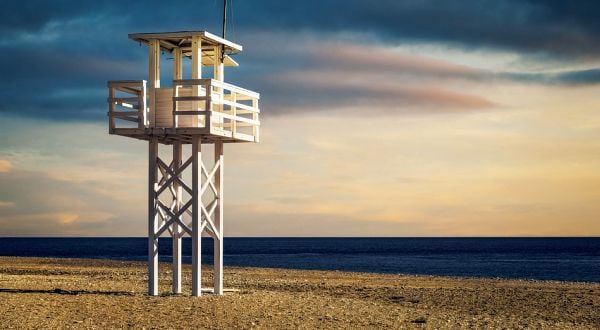 Many of the union lifeguards working in Los Angeles County make more money than the governor's $210,000 salary, and the top earners were approaching $400,000, and they can thank a powerful union that took advantage of a noncompetitive contract, according to a new report.

John Miltimore has written at the Foundation for Economic Education that an OpenTheBooks review found the top earner was Fernando Boiteux, who got $291,971 in salary, benefits and perks as "acting chief lifeguard" in 2019.

Second was Capt. Daniel Douglas, whose compensation was only $368,668.

"Nearly all the top paid lifeguards were men, the report notes, and pay was driven largely by overtime. In fact, 31 lifeguards made between $50,000 and $131,500 in overtime compensation alone," he reported.

The "extraordinary" pay is because of "an influential lifeguard union and a splash of cronyism," the report said.

But since unions always have those goals, also cited was a "lucrative contract" given to the union through a non-competitive deal between the county and Santa Monica.

"In 2009 the city of Santa Monica signed a 10-year, $25 million contract with the county for lifeguard services. In 2019 the city extended the contract for five years and $17 million," the Journal reported. "There were no identified competitors and the contract wasn’t put out for bid."

Miltimore noted the lifeguards are not to blame, because it's the county that agreed to the pay.

That's the category in which LA County falls, he said.

Explained Miltimore, "For those trying to better understand how a state as wealthy as California can lead the nation in poverty, the lifeguard salaries offer a clue. This isn’t to say lifeguards aren’t valuable. As someone rescued by one I can attest to the fact that they are.

"It’s just to say that when lifeguards are pulling in nearly $400k a year, it’s a sign that there’s a lot of people spending other people's money on other people."