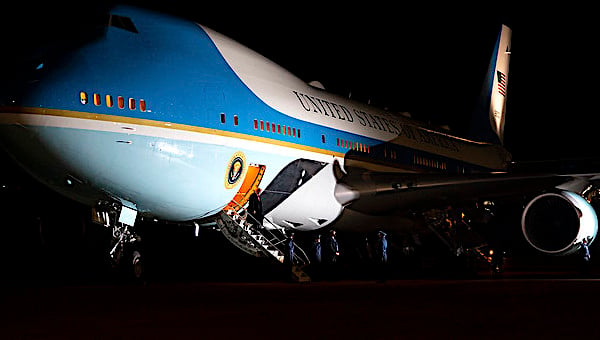 President Donald J. Trump disembarks from Air Force One at Joint Base Andrews, Maryland, early Tuesday morning, Jan. 5, 2021, upon his return from his trip to Georgia. (Official White House photo by Tia Dufour)

President Trump's agenda of "America First," through which the international stature and influence of the United States surged, its borders were made more secure and more, is over, confirms Richard A. Grenell, the former acting Director of National Intelligence.

And now it's the age of "European feelings first."

Grenell wrote in a commentary at the American Center for Law and Justice that the flip-flop became evident as President Biden met with Vladimir Putin in Europe.

"Gone are the days of dealing from a position of strength and unapologetically standing up for America’s interests. Instead, we have returned to the swampy old model of prioritizing the applause of the elites in Europe and joining meaningless global statements with empty rhetoric to feel good," he warned.

He pointed out that Biden is bragging about the tone of his meeting with Putin, but the Russian leader has plenty to boast about, since the Biden administration essentially made him a gift of the Nord Stream 2 pipeline.

That provides Russian energy to Germany and other prominent European points, and the project will end up giving Putin "power, leverage, and a lot of cash for decades to come," he said. 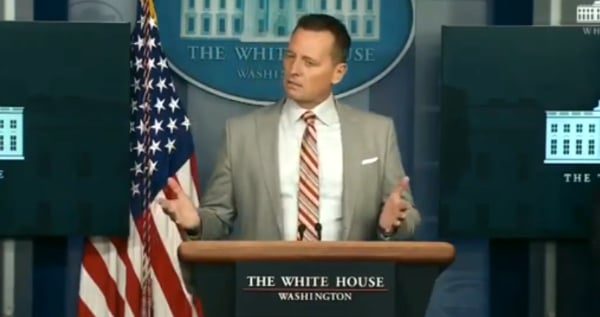 Good relations with all nations are important, "but convivial relations should never come at the expense of our real tangible goals. That isn’t putting America First; it’s putting European feelings first," he said.

He said Russia ignores moral arguments, but responds to tangibles like money, trade, oil and cash.

"With Nord Stream 2, Russia gets all of these plus the added bonus of economically vice-gripping Germany, a core NATO member, to Russia for the foreseeable future."

While much of Europe shares America's values, they diverge on threat assessments, he warned.

"We should expect our NATO allies to not only pay their financial obligations freely and without being begged, but also be Western-facing in all their policies," he said, calling the accommodations impose to get business with China or Iran a mistake.

"Temporary economic gain will never outweigh the risks of enabling these regimes to brutalize their people and destabilize the globe," he said.

America's role, as "the world’s indispensable leader," should always be to try engagement, but should not confuse discussions with accomplishments.

"Diplomacy is a tactic, but not a goal within itself. When we confuse the means for the end, we end up in situations where enemies and allies alike can take what they want from us and we get nothing in return," he wrote.

"European leaders … know they can get away with this behavior while President Joe Biden is at the helm, and they celebrated his election because they want a U.S. president who doesn’t demand results but celebrates consensus with European leaders.