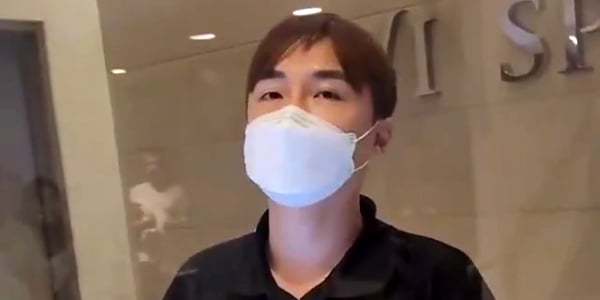 A heated confrontation at a popular upscale Los Angeles spa captured on a viral video illustrates the problem with males who "identify" as female -- while maintaining their God-given private parts -- using facilities designated for women.

An irate woman is heard on the video demanding to know why a man was allowed to walk around naked in an area reserved for females, including little girls, BizPacReview reported

The response of the front-desk employee she confronted is muffled, but he apparently made a reference to sexual orientation.

Pointing out that other women were highly offended and traumatized as well, she demanded to know the company policy.

“So Wi Spa is in agreement with men that just say they are women, and they can go down there with their penis, and get into the women’s section? Is that what you’re saying?" she asks.

She wants to know if the reverse is also allowed.

"So women can go into the men’s with their breasts?" she asks.

In the video, a male customer interjects, apparently trying to explain that the person is transgender.

"There’s no such thing as transgender," the woman replies. "He has a d*** … as a woman, I have a right to feel comfortable without a man exposing himself."

She says it's "traumatizing to see that."

“You’re sorry? You should be, sweetie, and you’re out of alignment,” she tells the man.

Well done to that brave woman," said one Twitter user. "She didn’t just stand up for herself, she stood up for all women. Shame on these men who think it’s in their gift to give dictate and erase the boundaries of women and girls."

👏👏👏👏👏 Well done to that brave woman. She didn’t just stand up for herself, she stood up for all women. Shame on these men who think it’s in their gift to give dictate and erase the boundaries of women and girls.
I wish I knew her. She is an inspiration to us all.