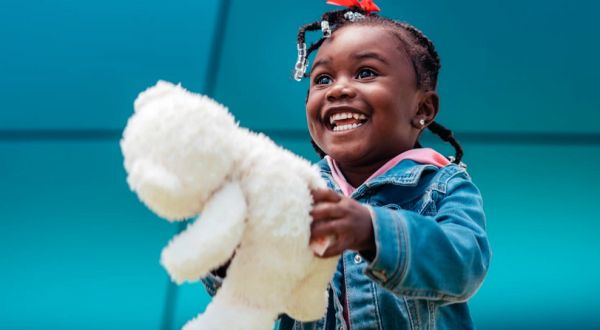 In a unanimous ruling that demolished a move by the city of Philadelphia to "cancel" Christian foster care agencies that refused city demands to violate their biblical standards and refer children to unmarried or same-sex couples, the Supreme Court on Thursday confirmed the protections for religion under the First Amendment.

"The Free Exercise Clause of the First Amendment, applicable to the states under the Fourteenth Amendment, provides that 'Congress shall make no law … prohibiting the free exercise' of religion," wrote Chief Justice John Roberts in a dispute that attracted multiple opinions – all ending with the same result.

"As an initial matter, it is plain that the city's actions have burdened (Catholic Social Services') religious exercise by putting it to the choice of curtailing its mission or approving relationships inconsistent with its beliefs."

He said, "Government fails to act neutrally when it proceeds in a manner intolerant of religious beliefs or restricts practices because of their religious nature."

He said the simplest solution to the case is that the court found the city simply was imposing a requirement on the faith organization that failed to meet the constitutional requirement of "general applicability."

The foster care system in the city relies on its officials working with private foster care agencies. There are routine contracts in place for the procedures and one of the requirements for the agencies is to certify prospective foster care families.

Catholic Social Services does not certify unmarried duos, or same-sex married couples, because of its biblical standards. But other agencies do.

CSS had provided help to the city, and the needy children, for more than 50 years until city officials decided in their campaign for alternative sexual lifestyles that the unmarried and same-sex duos must be certified by CSS.

Or, the city threatened under the authority of a "non-discrimination" law, it would discriminate against CSS and discontinue working with the agency because of its beliefs.

Roberts found that the question was whether Philadelphia was violating the First Amendment.

The court found, "A law is not generally applicable if it 'invite[s]' the government to consider the particular reasons for a person's conduct by providing 'a mechanism for individualized exemptions.'''

Since the city had a law allowing exemptions for some foster care situations, even if they had not been used, the law failed the constitutional test, the opinion said.

Specifically, the Philadelphia law allowed that "Provider shall not reject a child or family including, but not limited to … prospective foster or adoptive parents, for services based upon … their … sexual orientation … unless an exception is granted by the commissioner or the commissioner's designee, in his/her sole discretion."

The opinion said, "The city has made clear that the commissioner 'has no intention of grant an exception' to CSS … But the city 'may not refuse to extend that [exemption] system to cases of 'religious hardship' without compelling reason."

"No matter the level of deference we extend to the city, the inclusion of a formal system of entirely discretionary exceptions … renders the contractual non-discrimination requirement not generally applicable."

A concurrence by Samuel Alito, joined by Clarence Thomas and Neil Gorsuch, pointed out, "The city went so far as to prohibit the placement of any children in homes that CSS had previously vetted and approved. Exemplary foster parents like petitioners Sharonell Fulton and Tony Lynn Simms-Busch are blocked from providing loving homes for children they were eager to help. The city apparently prefers to risk leaving children without foster parents than to allow CSS to follow its religiously dictated policy, which threatens no tangible harm."

The concurrence also warned that the city simply could "eliminate" the provision for exemptions, and "voila, today's decision will vanish – and the parties will be back where they started."

"Not only is the court's decision unlikely to resolve the present dispute, it provides no guidance regarding similar controversies in other jurisdictions. From 2006 to 2011, Catholic Charities in Boston, San Francisco, Washington, D.C., and Illinois ceased providing adoption or foster care services after the city or state government insisted that they serve same-sex couples. Although the precise legal grounds for these actions are not always clear, it appears they they were based on laws or regulations generally prohibiting discrimination on the basis of sexual orientation. And some jurisdictions have adopted anti-discrimination rules that expressly target adoption services. Today's decision will be of no help in other cases involving the exclusion of faith-based foster care and adoption agencies unless by some chance the relevant laws containingg the same glitch…"

The concurrence argued for a reconsideration of the standards for discriminating against religious beliefs. Alito pointed out Congress has adopted both the Religious Freedom Restoration Act and the Religious Land Use and Institutionalized Persons Act in recent years to protect religious rights that previous, and now-questioned, Supreme Court decisions had undermined.

"They are no substitute for a proper interpretation of the Free Exercise Clause," Alito said.