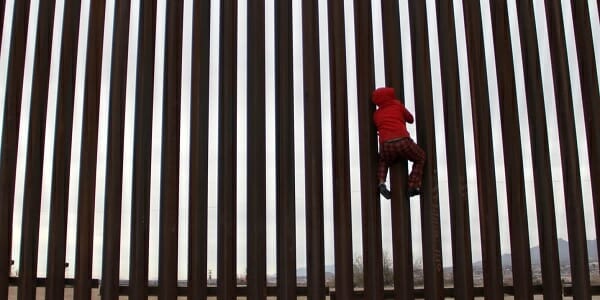 If the federal government won't complete the building of the southern border wall on land seized for that purpose, we want it back so we can do the job ourselves.

"I write now to demand that you immediately return to Texans any land taken by the federal government but not used for building a border wall," Abbott wrote. 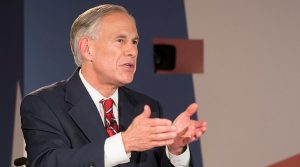 The governor noted to Biden that before he took office, the federal government used condemnation powers to take property from Texans for the purpose of building a wall.

"Once you took office, however, your Administration made clear the federal government will not move forward with building the border wall at this time," Abbott wrote.

At a press conference in Austin Wednesday, Abbott said the building of the wall in Texas had "officially begun" and was going on "as we speak."

"There are state agencies talking to landowners on the border about putting up fencing on their private land to be able to prevent the dramatic influx that these landowners have been suffering from over the past few months," Abbott said.

He said the temporary fencing will later be replaced by taller, stronger barriers. Some 450 miles of border wall -- slatted steel planks 18 to 30 feet high -- was installed under the Trump administration. Texas and Mexico share 1,254 miles of border.

Abbott said his administration will begin by looking at using state property and donated private property.

"We will also visit with Texans whose land was taken by the federal government to determine if they will allow the state of Texas to build a wall on their land," he said.

In an interview last week with Breitbart Texas, Abbott said the "influx across the border is out of control, and the Biden administration has shown that is not going to step up and do its job."

More than 180,000 people tried to cross the border illegally or were denied entry at land ports of entry in May, the highest total in 21 years.

Abbott told reporters Wednesday he will seek donations to help pay for the wall.

In his letter to Biden, he said the current immigration policies are making Texas "ground zero" for "a dramatic influx of unlawful immigrants, but all of America will suffer from the flood of dangerous drugs, human traffickers, and convicted criminals that may cause harm in other states after entering through Texas."

"By immediately returning any Texas property that can be used to build a border wall, you will enable the State of Texas to work toward a more secure border that keeps not just Texans, but all Americans, safer," he concluded.

See Abbott discuss the wall in an interview with Fox News' Sean Hannity:

Later this week, I will unveil our plans to build a border wall.

The Lone Star State will do what Biden REFUSES to do — protect our citizens along the southern border. pic.twitter.com/qQ7vQTDWAI