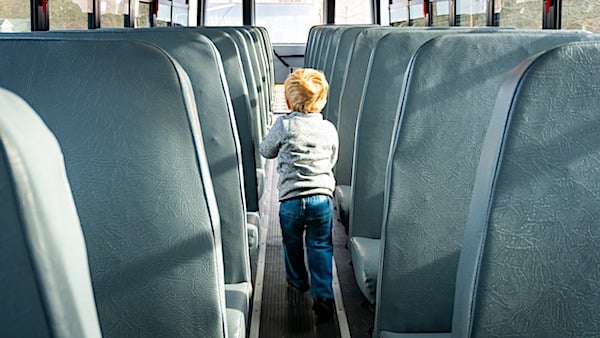 A think tank led by a former Trump official is offering a comprehensive toolkit for educators, parents and school-board members concerned about the implementation of the Marxist-based Critical Race Theory curriculum in their schools and communities.

Russ Vought, president of the Center for Renewing America, was the director of the Office of Management and Budget under former President Trump and was instrumental in banning the teaching and implementation of Critical Race Theory in government agencies, Breitbart reported. 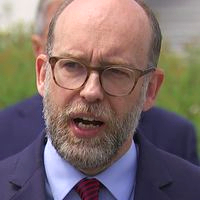 Critical Race Theory contends the concept of race is not biological but rather a culturally invented category designed by white people to oppress people of color. Vought describes it as an ideological system holding that racism "is not just a belief held by individuals; rather, it is a system of oppression that has been built into the very structure of our society."

"Combatting Critical Race Theory is where the cultural fight is, and at the Center for Renewing America we are helping to pick the fight, execute and win it," Vought said in a statement.

"Winning the debate happens by educating at a national level, and as that national debate unfolds, you will have an outpouring of legislative activity at the county, school board, the state legislature level and who knows, we may have a leverage point to get something done at the federal level," he said.

It's a "takeover ideology with an end goal of completely controlling all institutions that are a part of American life."

Stopping CRT in the early stages is essential, the guide says, because it's meant to infiltrate "everything from higher education, government, health care, military, law enforcement, and much of corporate America."

Parents and educators are urged to review curricula and training programs to see if they are promoting CRT. The guide emphasizes the importance of teaming with like-minded citizens, offering tips on how to influence school boards and others.

For those 'too afraid to come and speak'

Video of a teacher in the Fairfax County Public School district in Northern Virginia confronting her school board at a public meeting about CRT and other issues has gone viral on social media.

"I'm going to give a message of encouragement to parents and teachers and students who are too afraid to come and speak," she said in her testimony.

"Parents, the longer you wait and you don't hold your child's schools accountable gives these guys more time to dictate what's best for your child's physical, mental and emotional health," she warned.

"You should be afraid of them rooting for socialism by the time they get to middle school," the teacher said.

Again addressing students, she said "it is up to you to be the next generation of victims or victors."

"And finally, to the board, this isn't over and your policies are just as" -- her mic was cut off at that point -- "pathetic, and making us wear a mask ..."

Obama should be 'last person on earth' to advocate CRT

On Tuesday, President Obama was chastised by a black civil-rights lawyer for promoting Critical Race Theory, arguing that the first black American president should be the "last person on earth" advocating it.

The so-called "cancel culture" and Critical Race Theory are "the fruit" of what has been described as the "long march through the institutions" and "the triumph of cultural Marxism, or neo-Marxism," contends Os Guinness.

Scholar and activist Christopher Rufo, who produced a report on Critical Race Theory that led to Trump's executive order banning CRT-based training programs in the federal government, spelled out in an address at Hillsdale College the theory's Marxist underpinnings, arguing it  "prescribes a revolutionary program that would overturn the principles of the Declaration and destroy the remaining structure of the Constitution."

Art Moore
Art Moore, co-author of the best-selling book "See Something, Say Nothing," entered the media world as a PR assistant for the Seattle Mariners and a correspondent covering pro and college sports for Associated Press Radio. He reported for a Chicago-area daily newspaper and was senior news writer for Christianity Today magazine and an editor for Worldwide Newsroom before joining WND shortly after 9/11. He earned a master's degree in communications from Wheaton College.
@@arthurdmoore
Wuhan lab had 'all the genes' to make an 'epidemic' coronavirus in 2017
Quid pro quo? Biden stops military aid to Ukraine 2 days after Putin summit
Atlanta community separates from city due to crime spike
Critical space theory: NASA launches new 'equity' mission
Biden dumping illegal-alien youth across nation without notice
See more...