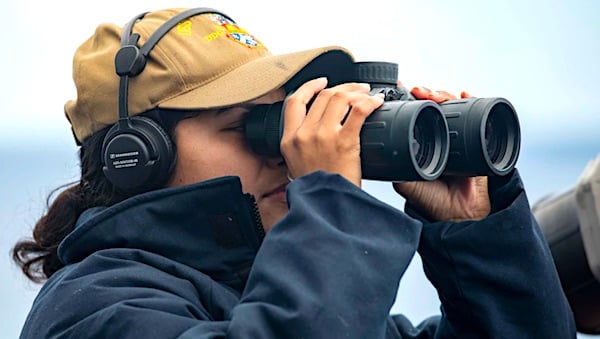 You're living quietly in a rented home or apartment and one day a city official knocks on the door and demands entry, for the purposes on inspecting everything in your home.

While the scenario suggests a totalitarianism targeted by the authors of the U.S. Constitution, who wrote the Fourth Amendment to protect the right to privacy in the home, it's actually happening in Iowa, home to the Music Man played by Robert Preston on the screen, Radar of "M*A*S*H" fame and classic rural American values.

It's because of a new ordinance requiring periodic inspections of rental properties that uses a loophole left in Fourth Amendment precedent by the Supreme Court, which allows a city to get an "administrative" warrant that forces landlords and tenants to allow government agents inside their homes without suspicion of any wrongdoing.

Typically warrants authorized by a judge have to include a determination of probable cause, or some suspicion backed by evidence that there's something wrong.

But not in Orange City, Iowa.

"The Fourth Amendment to the U.S. Constitution and Article I, Section 8 of the Iowa Constitution guarantee strong property rights and the right to privacy in the home, meaning that the government needs voluntary consent or probable cause to enter your home. Orange City's inspection scheme defies these constitutional principles," said the Institute for Justice.

Should government agents be allowed inside people's homes without suspicion of any wrongdoing?
1% (14 Votes)
99% (1825 Votes)

It is working with Orange City tenants Amanda Wink, Bryan Singer, and Erika Nordyke and their landlords, Bev Van Dam and Josh Dykstra, to sue over the government use of administrative warrants to search the homes of ordinary people who do not want inspectors inside.

"An administrative warrant is not the same as a traditional search warrant – the government doesn't need to suspect you of any wrongdoing to get an administrative warrant and enter your home without your permission," said IJ Attorney Rob Peccola. "The home can contain the most private information about a person or family, including their religious, political and medical information. Iowans do not want government officials going through their homes for no good reason."

"I don't feel comfortable with a stranger coming inside my house and seeing our lifestyle," said Nordyke. "I might not have my fiancé here. It's kind of a scary situation letting a stranger inside."

The IJ noted that such forced inspections are "spreading like wildfire in Iowa" because of a state law that requires some cities to have a program for rental inspections.

But the legal filing charges that Orange City's rental inspection program violates Article I, Section 8 of the Iowa Constitution, which guarantees the right to keep the government from unreasonably intruding upon private property, the IJ said.

"More broadly, the lawsuit asserts that the Iowa Constitution provides greater search and seizure protections than the federal Constitution as it has been interpreted by the U.S. Supreme Court, which narrowly carved out an exception in the 1967 case Camara v. Municipal Court," the IJ said.

"The Iowa Constitution is clear: If the government wants to enter your home, it should only be able to get a warrant if it provides real evidence that something is wrong inside," said IJ Attorney John Wrench. "Orange City can't use an administrative warrant to force its way into Iowans’ homes without even suspicion that anything is wrong."

The IJ explained that the inspectors are allowed to examine "bedrooms, bathrooms, kitchens and closets" and permission is granted through the "administrative" warrant, which exempts officials from the need to provide evidence.

The IJ explains, "Inspectors can view everything about a tenant once they are inside the home: religious, political, and medical information, as well as information about tenants' children, families, and romantic lives. Inspectors can also learn about a tenant's socio-economic status – something tenants can find embarrassing and even humiliating. Most dangerous of all, inspectors can also report suspected criminal activity to the police, meaning rental inspections can lead to arrest."

The organization explained, "Given the ordinance’s breadth, the potential consequences of these inspections could be severe. Landlords facing similar programs have reported, for example, that inspectors have baselessly called child protective services once inside tenants’ homes. And inspectors can also freely call law enforcement if they subjectively believe drug paraphernalia or other contraband is present in the home."

The case is pending in district court in Sioux County, Iowa.