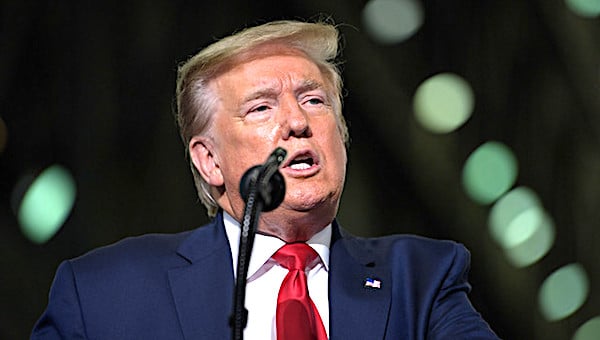 The case announced this week is "important because it pits freedom of speech on the one hand against the First Amendment on the other hand," Dershowitz said in an interview Wednesday night with Fox News' Sean Hannity.

Dershowitz acknowledged that his description of the case "may sound paradoxical," but he argued that the tech giants claim they have a right to censor certain content under the First Amendment.

"So they're using the First Amendment as a sword against freedom of speech," the Harvard professor said. "That's why I call this the new censorship."

"The "old censorship" was carried out by the government in cases such as the Pentagon Papers, which Dershowitz had a part in arguing, based on the First Amendment.

Now, the First Amendment is being used "to close the marketplace of ideas to anybody who disagrees with the giant tech people."

"That's why this is such an important case. Nobody can predict the outcome," he said.

"There's never been a case like this previously presented. There are cases, precedents going both ways and no one can predict what the outcome would be. But I think it will be a great, great educational experience for Americans to see the First Amendment put on trial."

On Tuesday, Trump announced he will lead a lawsuit alleging Twitter, Facebook and Google violated his First Amendment rights when they banned him from their platforms after the Jan. 6 riot at the Capitol.

"While the social media companies are officially private entities, in recent years they have ceased to be private with the enactment and their historical use of Section 230, which profoundly protects them from liability," Trump said. "It is in effect a massive government subsidy, these companies have been co-opted, coerced and weaponized by government actors to become the enforcers of illegal, unconstitutional censorship."

Section 230 of the Communications Decency Act provides immunity for social media companies, treating them as neutral platforms rather than publishers, which are legally liable for their content.

Dershowitz was joined Wednesday night by Fox News legal analyst Gregg Jarrett, who said he agreed "100%" with the Harvard professor's assessment that it's the most important First Amendment case of the 21st century.

"I mean, the argument that Trump makes in his lawsuit is a compelling one," he said. "The First Amendment free-speech principal should apply to private big tech goliaths because they are not so private and in fact they have been behaving as a de facto arm of government agents and agencies and received enormous benefits bestowed on them by Congress to which in a billions of dollars worth of liability and immunity."

Jarrett said the case opens the door to Supreme Court Justice Clarence Thomas' argument that the tech companies are unlawful monopolies, and to protect free speech they should be strictly regulated and treated as common careers like public utilities.

"It protects you and me, the listener, the viewer," he said.

He noted that Big Tech censored a debate he had with Bobby Kennedy Jr. regarding vaccination.

"They didn't like what he said so they took down the debate and they deprived the American public of the right to see a very thoughtful, educational debate," Dershowitz said.

"And they're doing it more and more, and if they're not stopped, this will be the end of freedom of speech as we know it because these companies now control the marketplace of ideas."