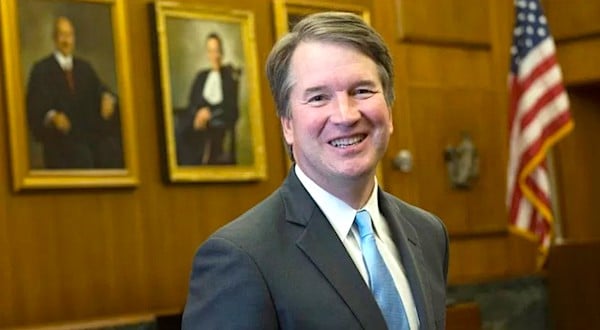 Senators who essentially have declared "open season" on a sitting justice of the U.S. Supreme Court are trying to destroy it in order to forward their political agenda, according to an expert on the Constitution.

Jonathan Turley, the Shapiro Professor of Public Interest Law at George Washington University, has posted a column warning of the damage that would come if Democrats continue their course of war against Brett Kavanaugh, nominated by President Trump and confirmed by the Senate at that time.

According to multiple reports in left-leaning media outlines, Senate Democrats are "raising new concerns" about the FBI's background investigation of Kavanaugh.

That has become a focal point because Democrats demanded in a letter to the FBI to know how many "tips" came in about Kavanaugh. His nomination was delayed when – at literally the last minute – several women came forward with claims about his behavior as a teenager decades earlier.

His original background review by the FBI had come through portraying him as qualified for the court, and a special additional investigation following the women's claims didn't change that. 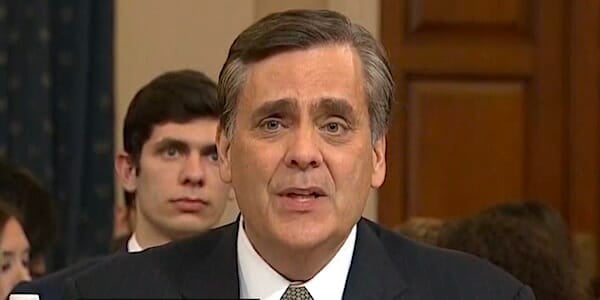 John McCormack reported at the National Review that the new fracas was triggered because the FBI responded to Democrats with information that it had gotten 4,500 "tips" about Kavanaugh to a special tip line it had set up.

Most were not reviewed to see if there was any evidence to support those "tips."

McCormack pointed out that the truth about the 4,500 tips is that the FBI's review was limited in time and scope, a summary of those tips was available to all senators, and there is "good reason" to think none of the "compelling leads" was actually compelling at all.

The campaign against Kavanaugh, orchestrated by Democrats almost solely because he is considered conservative in his views, quickly got messy back in 2018. Besides Christine Blasey Ford's uncorroborated allegation that when she was 15 years old a 17-year-old Kavanaugh assaulted her at a gathering of friends, other claims included a "demonstrably false rape allegation" that quickly was retracted.

The report further pointed out that "the tips that were supposedly most 'compelling' or 'relevant' were neither compelling nor relevant."

But it was Turley who warned that those who are demanding further investigation of and action against Kavanaugh are a threat to America's governance.

"These advocates are trying to create new precedent to reopen confirmation hearings and expose justices to ongoing investigations with shifting majorities in Congress. The fact that many of these critics refer to Kavanaugh's conversative rulings only emphasizes their raw political motives," he explained.

Their agenda to "pack" the court by adding more justices to "dilute" the conservative influence would create problems, he said.

"That would do more than 'dilute' the court. It would destroy it."

He said there are legitimate questions about the FBI's response to the senators, which was delayed. Maybe there's a need for a different background check procedure, he said.

"But the Senate declaring open season on a sitting justice would do great harm to both institutions."

Further, he pointed out Democrats' complaint that information about the "tips" was sent to the White House can be blamed on Barack Obama.

"This was the system created under the Obama-era (memorandum of understanding). If someone accused Kavanaugh of rape, prosecutors could have investigated that crime. Indeed, state prosecutors offered to open an investigation if Ford filed a complaint. But this was a background investigation done in an artificially short time frame. The reason for that rush is that either Ford or Democratic senators waited until after the confirmation hearings to make this bombshell disclosure."

Turley said the focus of the "anti-Kavanaugh activists" is clear.

"Some are surprisingly honest about using this latest controversy to renew efforts to pack the court with a liberal majority," he said.