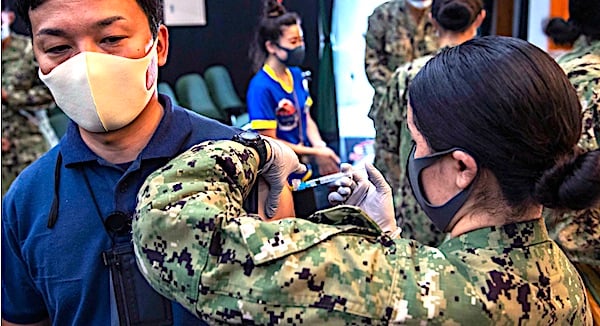 As part of the campaign to get people to have shots – that began after COVID vaccines were developed in record time under President Trump – there's renewed discussion now of a "digital" record of those shots.

Details of his plan weren't revealed by Michael Ryan, an Irish epidemiologist who heads WHO's health emergencies program for COVID-19, but it undoubtedly would have to have the name of the vaccinated, date, and possibly the vaccine.

The plan has been opposed by some influential groups already, including the American Civil Liberties Union in the United States, according to the Epoch Times.

Other civil and human rights groups also have raised concerns over what obviously could be massive privacy violations.

The report explained Republican lawmakers are worried about a two-class system for people – with those who are vaccinated allowed rights that would be denied to those without the vaccine.

Ryan said, in comments made recently in Geneva, that work is being done on a "digital wallet" that would be based on standardized data procedures.

He said the details of a digital wallet are not yet final.

But the ACLU said, recently, "It's likely that such requests will become over-used as people get asked for credentials at every turn. While there are legitimate circumstances in which people can be asked for proof of vaccination, we don’t want to turn into a checkpoint society that outlasts the danger of COVID and that casually excludes people without credentials from facilities where vaccine mandates are not highly justified."

Individual states already have taken action to ban mandatory use of such vaccine passports.