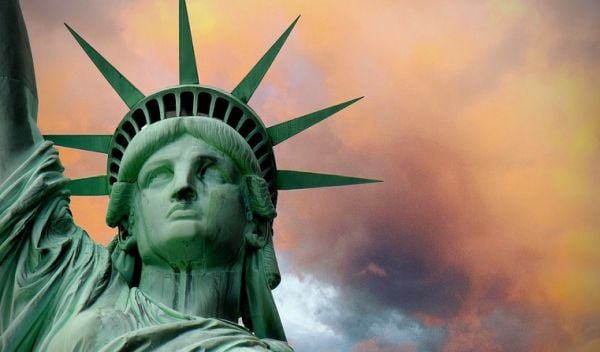 Amid the rush to net-zero and its fundamental transformation of Western civilization, a new Canadian academic institute seeks to spark the collapse of our hydrocarbon-based energy system.  No longer are such open declarations of war on our civilization confined to the domain of peripheral left-wing activist organizations. Such is now openly declared as the purpose of the Cascade Institute, a mainstream academic center founded and led by Canadian academic and public intellectual Thomas Homer-Dixon, and sanctioned and funded by two Canadian universities and a cadre of foundations. The Cascade Institute states that in alignment with the UN’s Sustainable Development Goals (SDGs), its “unabashedly bold goal is to trigger a fundamental, positive, and rapid change in humanity’s trajectory” by producing studies and briefings to policymakers with the goal of destabilizing and ultimately demolishing the energy system at the heart of our complex society.

Since the early 1990s, Homer-Dixon has pursued the idea that environmental change is a major driver of global conflict. While he served as director of the Peace and Conflict Studies Program at the University of Toronto, his research for the Environmental Change and Acute Conflict project was brought to the attention of Vice President Al Gore, and Dixon was invited to give a lengthy briefing at the White House. Gore then asked him to participate in a Central Intelligence Agency task force to assess potential conflict predictors, known as the State Failure Task Force. Dixon left the project early but the influence of his views can be seen in the recent elevation of climate risk as a global threat by the American intelligence and national security community.

In the wake of the 2008/09 financial crisis, Homer-Dixon was invited to contribute to the “Great Transformation” conference in Essen, Germany, based on the organizers’ belief that it was “time to lay the foundations for a societal and economic transformation process, which is needed to minimize the negative consequences of climate change.” Presenters, who included John Podesta from the Center for American Progress and advisor to newly elected President Barack Obama, expressed the hope that the coming economic bailouts would be “green” and begin the type of structural changes necessary for an energy and societal transition. Homer-Dixon argued that from a systems perspective, economic policies were not enough – a concerted effort was needed to create a cultural shift in order to gain wider support for a global societal and economic transformation and a global green new deal.

When the hoped-for transformation did not happen, Homer-Dixon collaborated with ten other academics to develop a conceptual framework on the causes of global crises. In 2015, building on his previous work, they published a paper outlining the potential for a synchronous failure to collapse the current capitalist free-market system. One important realization: hydrocarbons and the energy infrastructure weren’t just another variable but in fact the keystone of our complex, interdependent socio-economic system, playing a central role in synchronizing societal crises.  If the Western energy system could be kneecapped through an intervention of some kind, it would lead to a synchronous failure, with a domino-like “cascade” effect through the global system. Five years later, Homer-Dixon founded the Cascade Institute, with falling dominoes as its logo.

Introducing the Cascade Institute, Homer-Dixon explains that many assume that “societies are organized around [tightly interdependent] cohesive sets of worldviews, institutions, and technologies (WITs).” The problem, he says, is that the climate emergency is incompatible with the dominant WIT of Western civilization, which he describes as narcissistic (personal freedom and independence), with a rapacious economy (free markets) and dirty technology (private cars). Therefore, “the Institute’s researchers identify intervention points in WITs within societies…to stimulate norm [virtuous] cascades and mass political mobilization in response to the climate crisis…changes that could then alter the balance of risks associated with carbon assets in financial markets, rapidly accelerating the transition towards carbon-free energy systems.”

What is meant by “norm cascades” and “interventions”? Institute researcher Scott Janzwood, citing Cass Sunstein, defined norms as “social attitudes of approval and disapproval, specifying what ought to be done and what ought not to be done,” and norm cascades as “how attitudes about how one ought to behave can spread rapidly throughout a population.” Interventions, in complex systems theory, is the idea that there are leverage points, or places to intervene, where a small shift in one place can create a big change throughout the system. The Cascade Institute has identified twelve places to intervene to destabilize the current system, with taxes considered to be of low effectiveness while controlling information flows, changing the rules and goals of the system, and changing the mindset or paradigm were ranked higher in effectiveness.

In contrast to Homer-Dixon’s earlier work that entreated political leaders to make our complex system more robust to avoid a synchronous failure, the Cascade Institute aims to create a synchronous failure, to spur a cascade collapse of our civilization – and replace it with something else. Homer-Dixon describes the purpose for interventions in the conclusion of his recent book: “All this means is that we must look for ways to use the dominant system of worldviews, institutions, and technologies against itself, by exploiting – a bit like a jiu jitsu fighter – its energies, weaknesses, and leverage points, so as to produce dramatic nonlinear, tipping-point change – or what I’ve called in this book virtuous cascades of change.”

Every research paper and statement regarding energy or other areas of research produced by Cascade can be seen as contributing to an intervention to destabilize and collapse the current hydrocarbon-based energy free market system of Western civilization. A paper last year by Institute research fellow Angela V. Carter and Janetta McKenzie offers strategies for amplifying the efforts of the anti-fossil fuel Keep it in the Ground movement and how to facilitate a cascade failure of the hydrocarbon industry by enlisting well-placed allies like economist and banker Mark Carney and engaging in “emotionally resonant framing.” The ultimate hope is for a “fossil fuel non-proliferation treaty” that would dismantle the energy framework of Western society.

More recently Carter and Truzaar Dordi in a widely publicized paper trotted out the old activist canard that Canada’s resources are a “carbon bomb.” Recommended policy options range from banning federal land leases for hydrocarbon development to divestment of public investment funds in hydrocarbons. The purpose here is to encourage the undermining of the market economy through government intervention. Tellingly, Carter criticized the concept of carbon capture because it would enable the continued development of hydrocarbon production – people wouldn’t have to change their behaviors, thus preventing the crippling energy transition.

In an article last year for the The Bulletin of the Atomic Scientists, Homer-Dixon, Carter, and Yonatan Strauch praised the victories of Keep it in the Ground and expressed hope about the potential success of a Fossil Fuel Non-Proliferation Treaty in accelerating a death spiral for hydrocarbons. It’s time, they said, to constrain demand by making the auto sector “a climate enemy because it’s impossible to meet climate goals without greatly reducing car use.” They suggested that the Covid pandemic might serve as a catalyst or turning point in reducing demand and altering behaviors.

Cascade’s Norm Cascades Project’s purpose is to identify and analyze opportunities created by the pandemic “for rapid and deep change in people’s norms.” One paper analyzes social distancing as a way to understand interventions that could undermine the Western belief in personal freedom. Researchers Scott Janzwood, Michael Lawrence, and Homer-Dixon viewed it as “an unprecedented opportunity to analyze shifting worldviews in real-time, an opportunity that may reveal important lessons for encouraging other socially beneficial norm cascades around climate action and the zero-carbon energy transformation.” The paper offered comparisons between the pandemic and climate change: “both problems require behavioural change from a significant majority of people on Earth,” they wrote, suggesting that governments “target resistant groups with a combination of scientific messaging and moral persuasion.” They concluded by observing that it’s “difficult to compel behavioural change” until the majority feel it’s an emergency. Creating the impression of emergency through a cascade collapse would fulfill the goal of bringing about fundamental and rapid system change.

Homer-Dixon’s reach is significant. He is a well-known and highly respected academic and intellectual. He has the ear of political leaders and of the intelligentsia. He makes presentations to a wide range of audiences that include the World Bank and the World Economic Forum in Davos and is a regular op-ed contributor to newspapers of record such as the New York Times and the Globe and Mail.  He is also committed to the proposition that capitalism is the problem. In a project brief for the Institute, Homer-Dixon suggests that even though “a [global] depression would create unfathomable hardship, it could also create opportunities to redesign global economic institutions and their underlying doctrines to meet the worsening challenges of inequality, climate change, and pervasive economic insecurity.”

The evidence shows that the Cascade Institute is actively working to overthrow the current market system, its institutions, and the energy system at its core. Net-zero pathways open up multiple intervention points, and Cascade is targeting them. Whether they realize it or not, our political leaders are playing with the survival of Western civilization. Left unchallenged, policies being promoted on the fringes of academia can quickly go mainstream and get adopted by unthinking politicians. It’s a prescription for Western civilizational suicide.

Tammy Nemeth is an historian and independent researcher. She is the author of the report “A New Global Paradigm,” and is host of the podcast  The Nemeth Report.